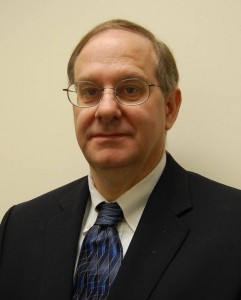 Could you tell Bioanalysis Zone a little about your career to date and how you ended up in your current role?

My graduate degree is in pharmacology, but during the last years of my research I became interested in mass spectrometry work that was being done in another laboratory in my department. I focused on mass spectrometry during my post-doctoral time, which led to a position in large pharma as the metabolite identification specialist, where I could use my knowledge of mass spectrometry and drug metabolism. My first instruments used thermospray technology, but during the next few years, modern electrospray LC–MS systems such as the API III were being developed. My company purchased an API III, but since there was a 6 month waiting period for deliveries, Sciex offered companies the opportunity to buy time at one of their labs in Toronto, Canada. Since my company bought many weeks of time, I had the fantastic opportunity to receive personal mentoring by Tom Covey, one of the most brilliant, yet gracious, scientists I have ever met.

Since trained LC–MS experts were considered hot commodities at that time, I was constantly being recruited for positions. I eventually became the Product Applications Lab Manager in Foster City (CA, USA) for Applied Biosystems. This was my most fascinating position, as I visited and interacted with scientists from all over the world who used mass spectrometry for a wide range of applications. Besides working with companies to analyze small molecules, polymers, nucleic acids and proteins, I worked with companies who put mass spectrometers in airplanes and in atmospheric sampling chambers to measure air pollution chemical reactions.

I moved on from Applied Biosystems and returned to the pharmaceutical industry because of an overwhelming offer from Searle to build an LC–MS/MS group, as their Director of Bioanalytical. I was at Searle/Pharmacia/Pfizer in Skokie (IL, USA) for 7 years, where I got involved in many discovery teams and the development of many marketed products, as well as led some new scientific initiatives, such as metabolomics, until Pfizer closed the site in 2003.

Then I worked at several biotechs until Metabasis, where I was the Senior Director of DMPK until Metabasis terminated operations in 2009. Then I began my career in the CRO industry, which led to my current position as the Vice President of Bioanalytical/Analytical at MPI Research.