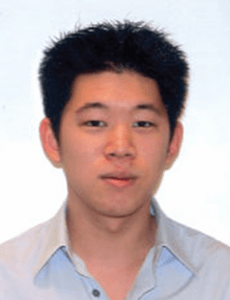 Supporting Comments: Serenus is an extremely talented and productive member of my research group. During his brief career, Serenus has already published 12 papers in respected international journals, and has been selected to present his research at numerous conferences and symposia. In the laboratory, he is always busy with another project or manuscript; yet when co-workers need assistance, he is always ready, with a smile. I have known Serenus since his graduate school years, during which we both worked in the same lab. Even then, Serenus stood out from other students, not only due to his thorough knowledge of MS and LC methodology, but also because of his undergraduate training at MIT as a chemical engineer, which taught him valuable process optimization and programming skills. ¬¬Our research inherently generates vast amounts of data, but Serenus has an exceptional ability to quickly spot patterns in the data and distill them into meaningful results. His aptitude for data mining and bioinformatics is essential for today’s data-intensive research. Over the years, I have watched Serenus mature from one of my brightest students into an exceptional teacher, leader, and Young Investigator. His combination of solid technical background and sharp, analytical mindset make him, simply, a stellar bioanalytical scientist.

During my undergraduate years, I had the opportunity to intern at Wyeth Pharmaceuticals’ R&D labs. My first day was like stepping into Willy Wonka’s “world of pure imagination” – except, of course, filled with mass spectrometers rather than chocolate. It might seem a bit silly, but it is that same sense of wonder that drives me today – wonder at what secrets  we might unlock once we break a molecule apart and examine its component pieces. Whether it is pursued with cutting-edge bioanalytical technology, or simply the prying fingers of childhood, I believe that yearning for knowledge inspires us all.­­

At the Asia Glycomics Reference Site, our research focuses on MS analysis of glycans – complex sugar chains that decorate most human proteins and act as functional components in everything from H1N1 to mother’s milk to (according to L’Oreal) anti-aging skin cream. My particular specialty lies in adapting nano-LC–MS and nano-LC–MS/MS techniques for disease biomarker discovery as well as biotherapeutic protein analysis. I develop and optimize bioanalytical workflows at essentially all steps of analysis– high-throughput sample preparation, automated robotic SPE, LC gradient development; optimization of MS and MS/MS performance and programming of high-throughput bioinformatics algorithms to automate data analysis. While disease biomarkers and biotherapeutic proteins may seem worlds apart, the underlying goal is one that will seem very familiar to many bioanalytical scientists: create a robust, reproducible and (most importantly) technologically accessible method of analysis that can be easily interpreted and widely disseminated. For biomarkers, we collaborate with clinics and hospitals around the world to identify and characterize glycans that can be used for early detection and/or diagnosis of cancer. For biotherapeutics, we work closely with pharmaceutical companies as well as governmental regulatory agencies to ensure that biopharmaceutical drugs are correctly glycosylated and satisfy local and international regulatory guidelines.

In all human relationships, communication is key. Yet, scientists often have notorious difficulties communicating their ideas to the public. Looking back, it was not until I came to South Korea that I really learned how to effectively communicate. When I first started my postdoctorate here, I had a very basic communication problem – as an American working in Korea, I literally did not speak the same language as my students. Of course, they had all studied English in grade school, so we conversed easily about lunch, movies, the weather and other normal, everyday subjects. But, as the conversation turned towards more technical topics, gaps appeared, and blank stares increased. As the weeks went by, I found myself changing the way I spoke. I learned to be concise, to quickly drill down to the point, to remove excess flowery language that sounds scientific but does little to convey an idea. In doing so, I not only changed how I taught in the laboratory, but also how I spoke at conferences and how I wrote manuscripts. Through our interactions, my students have taught me to become a better communicator, a better teacher, and ultimately, a better scientist. And for that, I am forever thankful.

As a specialist in glycomics and glycoproteomics, career opportunities currently abound in the field of biopharmaceutics. The importance of correct glycosylation during the manufacture of therapeutic proteins is now widely recognized by both biopharmaceutical companies and governmental regulatory agencies and will only increase in relevance as original patents for biotherapeutic drugs expire over the next few years. Based on my experiences analyzing biosimilars and biobetters, the complexity of biotherapeutic glycosylation is increasing rapidly, and new bioanalytical methodologies will soon be necessary to not only analyze but also direct these advances. For the longer run, glycan biomarker research is a field that is thus far developmental, but shows much promise. It is no coincidence that essentially all US FDA-approved protein biomarkers are glycosylated, however, bioanalytical technology has only recently advanced to the point where protein-specific glycosylation can be precisely and reproducibly quantified. US Supreme Court ruling Mayo v. Prometheus notwithstanding, I believe that public and private sector biomarker research is poised for a breakthrough that would reap massive public health benefits. I have been lucky enough in my career to have a team of colleagues with whom I’ve personally contributed to this field, and I hope to continue contributing in the future.

In my former graduate school laboratory, amidst all of the expensive mass spectrometers, there hangs an engraved wooden sign, reading: ‘Mass Spectrometry for the Masses’. This is how I see the future of bioanalysis – not as a specialized discipline, confined within the ivory towers of academia, but as something that all of society can and should benefit from. Though we labor at the cutting edge of technology, we must always remember that the goal of our endeavors is, ultimately, the public good. Incremental improvements in bioanalytical technology usually result in instrumentation that is faster, more sensitive and more precise, however, that same technology can also be used to make instruments that are cheaper, smaller and more robust, so that they may be more easily deployed in hospitals, schools and other public sector applications. Our goal, as bioanalytical scientists, should be to ease and encourage this transition. Adaptation of bioanalytical technology for clinical use began decades ago with the rebranding of NMR as MRI, and hospitals have never looked back. I hope that my work, and that of my peers, will help make mass spectrometry and other bioanalytical technologies accessible for future generations of ‘the masses.’

Reasoning: This paper is the (most recent) pinnacle of our efforts towards cancer biomarker discovery. For myself, my co-authors and many other group members before us, it represents years of effort optimizing every detail of the sample preparation, LC–MS analysis, and data processing workflow. Of course, our nature as bioanalytical scientists is to always look for new and better ways of doing things, so expect further improvements in coming years!