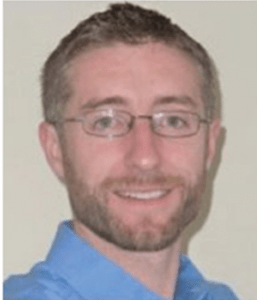 Supporting Comments: O’Donoghue has developed a technique to simultaneously assay all proteases in a biological sample at exquisitely low concentrations. This global identification of protease specificity allowed him to determine the proteolytic signatures of cancer cells and parasitic organisms and to subsequently identify the major proteolytic enzymes involved. For industrial applications he is using the method to characterize native or recombinant proteases and to screen microbial strains for proteases with desirable characteristics. He has recently shown that the technology can also be used for other post-translational modifying enzymes such as kinases and methyl transferases and the method appears to be amenable to other enzymes as well. The technology was recently published in Nature Methods and the response to the paper has been remarkable. Over twenty new collaborations have recently been established between my lab and other investigators from academia and industry, all driven largely by O’Donoghue. O’Donoghue is an exceptional bioanalysis young investigator who is fearless, very motivated, highly capable, creative and exacting. He is also a pleasure to work with and inspirational to all who have the chance to work with him. I highly recommend him with absolutely no reservations for the Bioanalysis Young Investigator Award.

During my PhD at NUI Galway, I isolated multiple proteases from fungi but had limited resources to characterize them. Therefore, I travelled to UC San Francisco to utilize a novel substrate profiling technology. However, this technology was found to be incompatible with these proteases and therefore I began to develop a universal substrate profiling method. This method utilizes mass spectrometry and a synthetic peptide library and has proven to be highly sensitive and universally applicable. These parameters have enabled us to profile multiple proteases simultaneously in complex samples such as, conditioned media generated from mammalian and bacterial cultures and synovial fluid.

The Multiplex Substrate Profiling by Mass Spectrometry (MSP-MS) method has changed the way proteolytic activity in biological samples can be characterized. Previously, activity from individual enzymes was monitored independently. However, cells produce multiple proteases that work in tandem. Therefore characterization of a single protease does not give a full picture of the functionality. In one application of the method, we have characterized the secreted proteolytic activity of breast cancer cells. The resultant proteolytic signatures are being used for diagnostic and prognostic purposes. In a second application we have determined the proteolytic signature of synovial fluid from rheumatoid arthritis patients. These data will allow us to generate pro-drugs that are specifically activated by proteases in the inflamed joints. Finally, we have determined that extracellular proteolytic activity is altered when the human fungal pathogen C andida albicans grows as a biofilm. Biofilms are typically the reservoir for infection, and until now there was no method to determine the existence of a biofilm in a patient sample.The MSP-MS method is important to the bioanalytical community because it demonstrates that DNA and protein based approaches have limitations to understanding cellular functionality. The MSP-MS method utilizes enzymatic activity to characterize the functional state of biological samples.

With a background in fungal biology, it was initially a daunting task to develop a MS-based substrate profiling method for proteases. The design and development of this methodology required me to learn peptide chemistry, HPLC and mass spectrometry. However the most difficult challenge that I encountered during the assay development process was the computational design of the peptide substrates. The goal was to have maximum amino acid sequence diversity in the minimal amount of peptides. This required a complex algorithm and therefore I collaborated with a mathematician who unfortunately had no knowledge of biochemistry. This required me to teach about basic protein chemistry and learn basic programming. After several failed attempts we succeeded in generating a successful algorithm that was ultimately used to design each peptide in the MSP-MS assay.

Shortly after the first publication of the MSP-MS method, I began to receive emails from academic groups and biotechnology and pharmaceutical companies who were interested in collaborating with us or were looking for assistance in setting up the MSP-MS assay in-house. Due to this high demand for substrate profiling of biological samples, I am now in the process of setting up a company, called Alaunus Biosciences that provides a fee-for-service to the biotech/pharma industry for protease profiling. In addition, Alaunus Biosciences has begun to develop an R&D component with a focus on developing protease-activated pro-drugs that target diverse diseases such as cancer, pancreatitis and microbial infections. We have shown that Schistosoma mansoni, the causative agent of Schistosomiasis secretes a variety of proteases at different stages of the infective lifecycle. These proteases have distinguishable proteolytic signatures compared to human host proteases and therefore will allow us to develop an activity-based biomarker of infection and disease progression.

I anticipate that quantitation of RNA or protein levels in biological samples as a means of diagnosing a disease or developing a treatment strategy will be greatly enhanced by including quantitation of enzymatic activity, particularly of proteases. In our experience, the most abundant proteases secreted from cancer cells do not necessarily produce the most abundant activity. In fact, we have shown that the dominant proteolytic activity in pancreatic cancer secretions is due to Cathepsin E, the fifth most abundant protease in the secretome. In the absence of an activity-based assay, this enzyme would be readily overlooked as a marker for pancreatic cancer. In addition, we have observed that aggressive and non-aggressive breast cancer cell lines have very different proteolytic signatures however the protein levels of each protease as assessed by proteomics are largely the same. The difference in activity is due to the ratio between proteases and inhibitor. The aggressive cell lines produce less protease inhibitors relative to the non-aggressive cell line and therefore the proteolytic activity is greatly amplified.