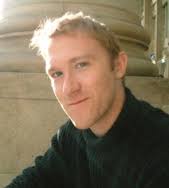 Supporting Comments: My research group has collaborated with Andrew on several challenging bioanalysis projects in which he correlated and combined our MS measurements with his NMR data in order to extract novel information on the structure and dynamics of large assemblies of chaperone proteins and, more recently, membrane proteins. Andrew’s approach to these problems was extremely successful and has resulted in eight publications in high-impact journals including PNAS, Nature, Nature Communications, Structure, Chemistry and Biology and JMB – testament to the exciting data sets he has produced. Indeed, his perseverance in combining NMR, electron microscopy and ion mobility MS methods has allowed us to determine oligomer structures from within highly heterogeneous mixtures. For this work he was awarded the Harrison Meldola medal from the Royal Society of Chemistry in 2013.
I have enjoyed numerous collaborations during my career, but few have been as productive and enjoyable as this, due in large part to Andrew’s dedication, enthusiasm and novel ideas. Consequently, his standing in the bioanalytical community is already high and I believe he has the potential and application to become a world-leader in structural biology, and in NMR in particular. I can therefore recommend him unreservedly for this award.

What made you choose a career in bioanalysis?

Biomolecules are the more complex that are known. During my undergraduate degree, I found it astonishing how molecules as chemically diverse as for example, a protein, can nevertheless adopt well defined structures. It piqued my interest further when it became clear from a theoretical perspective, we do not still understand the fundamentals sufficiently to be able to predict the structures and interactions biomolecules will make without experiments. This combination of complexity and challenge drew me directly to the field of bioanalysis.

Throughout my research career I have been fascinated by diseases associated with neurodegeneration and amyloid formation, ever since a family member was diagnosed with such a condition. Understanding how molecules aggregate and form amyloid has proven to be a tremendously challenging problem for bioanalysis. Samples are heterogeneous, containing many oligomeric forms that rapidly interconvert. My research has focused on finding innovative ways to analyze these heterogeneous complex mixtures of biomolecules in order to obtain insight into the fundamental features of these diseases.

This work has led to my developing new physical methods, and computational tools to analyse the data. I have found the combination of two cutting edge experimental techniques to be particularly powerful, native ion-mobility mass spectrometry (IMMS), and NMR.

Methods I have defined that use either, or in some cases both, of these two techniques have allowed us to understand that amyloid forms of protein are more thermodynamically stable than the native folded state of proteins. This means that aggregation is inevitable in bodies. These methods have also led to an understanding of how the proteasome interacts with substrates, a characterisation of the structure and dynamics of molecular chaperones, and more recently, new methods to characterize and understand membraneless organelles.

What is the impact of your work beyond your home laboratory?

The methods I developed for studying neurodegenerative disorders have found utility in a wide range of complex analysis problems involving samples where there are complex and heterogeneous interconverting oligomers. Most recently, these methods have proven highly useful in analyzing the physical properties of membrane proteins.

A purification method that I developed recently using membraneless organelles has been patented and discussions about licensing the technology are currently in progress.

More recently, I helped develop an algorithm to analyse mass spectrometry data that is gaining wide traction. The software that implements this algorithm is being now being used in many laboratories.

Similarly, an analysis method to rapidly compute collision cross sections of proteins for ion-mobility experiments has started catching the attention of the field.

Describe the most difficult challenge you have encountered in the laboratory and how you overcame it.

I found the most challenging feature to be combining theoretical work with experimental data as they both require vastly different sets of skills. Producing high quality, pure samples requires one to be very ‘in the moment’ when undergoing wet lab work, where a single small mistake leads to a useless sample, yet each individual task is not especially demanding. By contrast, analyzing data and computational analysis requires in some senses less time, but a much more intensely focused way of thinking.

While I find that both require copious amounts of coffee, I nevertheless have found it challenging to jump between the two modes. Initially in my career it was tempting to try and do both concurrently. In practice I found that both suffered from this. So my solution has come through strict time management. I make sure that I dedicate the necessary number of days to one activity to take it to completion, before I switch modes to do the other. The result is that in my research I can now routinely combine sophisticated computer modeling approaches, analyzing complex and heterogeneous samples often derived from living cells.

Describe your role in bioanalytical communities/groups.

My role I think has been to help find new ways of looking at complex heterogeneous mixtures using new bioanalytical methods. I have taken a highly interdisciplinary and collaborative approach to science. During my PhD, I setup collaborations and operated with a range of research groups based in theoretical physics through to cellular biology. What these groups had in common was that NMR methods that I had developed could be used to understand in greater detail the systems that were under investigation.

During my postdoctoral training, I continued this approach, which led to new collaborations. Most notably, I have had an incredibly productive collaboration with Professor Dame Carol Robinson and Professor Justin Benesch at the University of Oxford (UK). These researchers focus on using native IMMS to study the structure and function of biomolecules. My expertise in NMR has proven valuable in developing new software and analysis methods that allow increasingly sophisticated systems to be rigorously and quantitatively studied.

Having setup my research group in Oxford, I have been able to expand my activities. Most notably this has including initiating collaborations with synthetic organic chemists, and clinical researchers that specialize in using MRI to study a range of human maladies.

Please list up to five of your publications in the field of bioanalysis:

Please select one publication from above that best highlights your career to date in the field of bioanalysis and provide an explanation for your choice.

Neurodegenerative diseases such as Alzheimer’s and Parkinson’s are associated with proteins adopting amyloid structures, which are then deposited in human tissues. The molecular chaperone alphaB-crystallin inhibits this process. Studying how it can do this is challenging: alphaB-crystallin even when isolated exists as a distribution of interconverting oligomers, ranging in size from 10mers up to 50mers. It has proven almost completely refractory to conventional bioanalysis.

I developed an approach that combines high molecular weight solution-state NMR methods, native IMMS methods and electron microscopy to obtain structures of the most populated oligomers in situ. I was awarded a medal for this work by the Royal Society of Chemistry.

Find out more about this year’s New Investigator Award, the prize, the judging panel and the rest of our nominees.