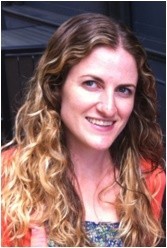 Supporting Comments: As Professor and Director of the Scripps Center for Metabolomics, an affiliate of Lawrence Berkeley National Lab (CA, USA), and former Vice President of the ASMS (NM, USA), I am well equipped to assess Caroline’s qualifications for this award. In brief, my research includes developing novel technologies for metabolomics, imaging and systems biology, with over 200 peer-reviewed publications and two books. Caroline is uniquely qualified for this award as she has been contributing to three aspects of bioanalysis since the beginning of her career: bioanalytical technology, informatic developments and its application to meaningful biological problems, namely the role of the microbiome in cancer. In fact, her contributions have impacted over 10,000 scientists actively involved in metabolism research, largely through her implementation of new technologies within the XCMS/METLIN metabolomic platform. These are highlighted in her numerous publications including (but not limited to) Nature Biotechnology, Nature Communications, Nature Protocols, Nature Reviews, Cell Metabolism, and Analytical Chemistry.

In short, not only has she demonstrated the ability to do beautiful science, her future as a new faculty member at Yale University (CT, USA) promises to position her as a world leader in the field of bioanalysis and its application.

What made you choose a career in bioanalysis?

My initial interest in bioanalysis began in the UK while working as a DNA analyst at the Forensic Science Service (Birmingham, UK). While there I was exposed to the multidisciplinary nature of criminal investigations and the important role played by MS. I became fascinated with the wide range of analytical tools that could be used to identify different classes of chemicals, and decided to pursue a PhD in analytical chemistry. My subsequent scientific career has been extremely rewarding and I am now preparing to launch an independent lab at Yale University where I will continue my research and begin training young scientists.

My research career has been focused on developing analytical methods to discover biologically important metabolites in complex biochemical matrices. Metabolites play crucial roles in biological pathways and their flux or differential regulation can reveal novel insights into disease and environmental influences. By utilizing nontargeted MS-based metabolomics it is possible to recover thousands of metabolite features from a single sample, but identifying the most biological relevant metabolites can be difficult. My goal has been to improve both the bioanalytical and the bioinformatic aspects of MS analysis in ways that enhance metabolite identification and strengthen statistical and informed pathway analysis.

My contributions to the creation of the XCMS Online software platform and the METLIN database have given the bioanalytical community powerful new ways to identify metabolites and assess their roles in biological pathways. With over 10,000 users in over 120 countries, these tools have had a major impact. Specifically, my contributions have included developing comprehensive metabolite extraction and LC/MS analysis protocols, expanding the types of statistical analyses available on XCMS Online, and developing an autonomous XCMS/METLIN workflow to generate qualitative and quantitative data. Furthermore, Nature Biotechnology recently published my work on data streaming and biology-dependent data acquisition, which made pioneering advancements to identify biologically relevant metabolites.

What is the impact of your work beyond your home laboratory?

As mentioned above, XCMS Online is currently used by over 10,000 researchers worldwide. My contributions to the development of the platform’s analytics, and statistical and pathway analysis tools have enabled complex experimental analyses, such as streaming, autonomous metabolomics, multigroup analysis, meta-analysis and now multi-omic analysis. Additionally, I have published numerous articles describing important considerations when undertaking bioanalysis – especially concerning experimental design and validation. Indeed, nontargeted metabolomic analysis can result in false positives and negatives due to the pure scale of the analysis, but validation with additional biological sample sets, and orthogonal analytical platforms can provide added confidence. However, my most significant impact has been demonstrating the value of the data that these technologies can provide and how impactful they can be on mechanistic studies addressing the functional roles of metabolites.

Describe the most difficult challenge you have encountered in the laboratory and how you overcame it.

In nontargeted metabolomic analysis it is not possible to have a LC/MS workflow that can separate every class of molecule in a sample. Therefore, structurally similar metabolites can elute at the same time, affecting ionization and subsequent compound identification. During my research on colon cancer and biofilms, I had this problem. I observed a statistically significant correlation between polyamine metabolites and colon cancer tissue extracts using both RPLC/MS and HILIC/MS nontargeted metabolomics. However, these metabolites all eluted at the same time. I set out to quantify and validate all the metabolites in the polyamine pathway using targeted triple quadrupole MS analysis. Most of the publications I read concerning these metabolites used dansylation to help quantify polyamines, but I sought to analyze these compounds by exploring other column chemistries. I found that using a multi-modal column with reversed phase, cation and ion exchange moieties could retain and separate six structurally similar polyamine metabolites, even the isomers N1- and N8-acetylspermidine. I was then able to generate a better understanding of the polyamine metabolite changes in normal and tumor colon tissues, and specifically the metabolic changes that occur on tissues with and without biofilms.

Describe your role in bioanalytical communities/groups.

During my research career I have been actively involved in providing tutorship for investigators in the field of LC/MS-based metabolomic analysis. In my current position I have enjoyed organizing and presenting at workshops based out of the XCMS Institute at Scripps. As part of the XCMS Institute, I have also presented tutorial videos on metabolomic techniques and research, which have been extensively viewed. Outside of the XCMS Institute I have presented my research at numerous conferences and given workshops and discussion groups at the Mass Spectrometry Applications to the Clinical Lab (MSACL) conferences. These workshops have been attended by both new and experienced metabolomics researchers where we discuss issues in clinical metabolomics, and ways to improve bioanalysis.

Please list up to five of your publications in the field of bioanalysis:

Please select one publication from above that best highlights your career to date in the field of bioanalysis and provide an explanation for your choice.

This publication demonstrates an amalgamation of bioanalytical platforms (nontargeted LC/MS metabolomics, targeted LC/MS validation, imaging MS and stable isotope nontargeted metabolomics) to identify and validate metabolites and inform biological pathway analysis. As part of a multidisciplinary study using FISH analysis, SEM, and immunohistochemistry and immunofluorescence, we were also able to show that a metabolic end product produced by both host and microbe altered the cancer metabolome to produce a regulator of cellular proliferation and colon cancer growth, potentially affecting cancer development and progression.

Find out more about this year’s New Investigator Award, the prize, the judging panel and the rest of our nominees.