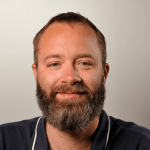 Dr Steven Ray Wilson works as a Full Professor and Head of Education at the Department of Chemistry, University of Oslo (Norway). During his career, he has focused on developing and applying hyphenated analytical systems, e.g. coupling liquid chromatography and nuclear magnetic resonance spectroscopy (LC-NMR) and 2D LC systems. Another key feature has been the analysis of limited biosamples. A current project of Wilson is online analysis of organoids with mass spectrometry, as a principal investigator in the Center of Excellence Hybrid Technology Hub (Oslo, Norway).


When I am writing this, the Nobel ceremonies are being held. They are amongst the most important events in science, and are a stimulus for daydreaming: will you, or someone you know, one day be standing in Stockholm with a shiny new medal? Very much considering myself as an analytical chemist, I would like to discuss here some of ‘our’ Nobel winners in the analytical chemistry field.

The first Nobel Prize in Chemistry was awarded to Jacobus Henricus van ‘t Hoff in 1901. Since then, this prize has been awarded 110 more times. Analytical chemistry-related achievements have been given the prize roughly ten times, this number depending on definitions of what ‘analytical chemistry’ is.

Some prize-winners are undoubtedly ’hardcore’ analytical chemists, such as Archer John Porter Martin and Richard Laurence Millington Synge, who made major contributions in the field of chromatography. They received the prize in 1952 for truly mind-boggling work, laying much of the foundations for our theoretical and experimental understanding of separation science and analysis in general. They demonstrated partition chromatography by separating some quite tricky bio-compounds [1]. However, Martin was later in his career kicked out of his host institution for not being productive enough. I guess you can’t please everybody!

Separation science was also given a prize in 1948 when Arne Wilhelm Kaurin Tiselius won for his work on developing electrophoresis. As with Martin and Synge, Tiselius published papers with loads of fundamentals and with solutions to a key bioanalytical challenge, i.e. the efficient bioanalysis of proteins [2].

Separation science must often be partnered with detection systems and analytical detectors have not gone unnoticed by the Royal Swedish Academy of Science. A relatively recent example of this is the 2002 prize, which went to John B. Fenn, Koichi Tanaka and Kurt Wüthrich. Fenn was awarded for his groundbreaking work in using electrospray ionization (ESI) for enabling macrobiomolecule analysis with MS. Interestingly,  ESI was already quite developed in the 60s, for example, see reference [3] authored by Malcom Dole and co-workers. However, Fenn’s Nobel magic was to couple ESI with MS to realize the bioanalytically ‘impossible’: gas state analysis of proteins and related compounds.

Tanaka was awarded for his contributions in the development of soft desorption ionization for mass spectrometric methods. Interestingly, his contributions came after the development of matrix-assisted laser desorption/ionization (MALDI), for which the inventors did not receive a prize. However, Tanaka was earlier in applying soft desorption ionization approaches for proteins, fitting well with the macrobiomolecular theme of Nobel 2002 (the third winner, Kurt Wüthrich, was awarded for his contributions in biomacromolecular structure elucidations with NMR spectroscopy). Again, the application, the fundamental problem that had been solved, seems to make a stronger case for the Nobel prize compared to the actual technology alone.

The final analytical chemistry example I would like to mention is the 1922 award. Francis William Aston was awarded the prize for his breathtaking work in establishing the isotopic constitution, using a new device called a mass spectrograph.

Today, liquid chromatography, ESI and MS are combined, (LC-ES-MS),  allowing us to identify thousands of biocompounds in a single experiment, merging the life work of Nobel winners across almost a century. So, what is the next Nobel breakthrough for analytical chemistry and bioanalysis? One approach that holds potential is bioinformatics, e.g. the handling and interpretation of vast amounts of proteomics/metabolomics/you-name-it data that can be generated by today’s and tomorrow’s analytical instruments. This would have a certain historical symmetry, as the data handling part comes after the LC-ESI-MS experiment. However, to follow the trends of other analytical Nobel winners, some key biological question will probably have to be addressed. Perhaps the handling of vast data amounts will have us understand and ultimately cure some devastating disease that we all fear? Another major obstacle will be to decide who will receive prizes in the future, now that many cutting-edge breakthroughs are done in very large collaborations, it seems that the three person limit for sharing a Nobel prize is getting a bit outdated.

In any rate, if you are interested in receiving a Nobel prize, I recommend that you read the very serious article ‘Ten simple rules to win a Nobel Prize’ [4] and set your alarm clock early; the calls from Sweden can come around 9:30 PM, Stockholm time.