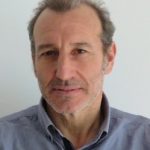 What began your interest in biosimilars?
In fact, I confess that I was ‘dragged’ towards the biosimilars field, rather than me actively diving into it. I was asked to give a talk on immunogenicity by colleagues from the University of Panama (FL, USA). That was in the context of a biosimilars conference for Central American authorities. This is where I first heard about biosimilars. I then realized that there was a lot of debate and uncertainty on regulatory issues in the region. When I went back to Europe, where I live and work as a Professor (Universidad Autónoma de Barcelona, Spain), I realized that companies started to be very interested in understanding the concept. I started to attend conferences and read about it.

Back to Ask the Experts – Biosimilars