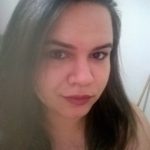 Amanda G. Silva
Chemistry and PhD student in Exact and Technological Sciences at the Universidade Federal de Goias, Brazil. She is a member of the Laboratory of Molecular Biology from the Institute of Biotechnology (Brazil) working on research projects focused on the selection and characterization of aptamers applied to the study of viral diseases based on molecular and physical-chemistry techniques. 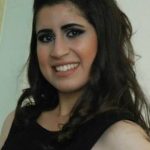 Rívia A. R. Arruda
PhD student in Chemistry at the Universidade Federal de Goias (Brazil). She is a member of the researcher group focusing on aptamer technologies, in the Laboratory of Molecular Biology from Institute of Biotechnology (Brazil). She has experience in chemistry, molecular biology and genetics, with an emphasis on the methods and techniques, for diagnostic and therapeutic purposes. 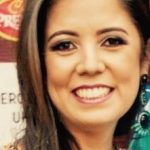 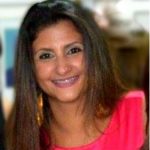 Adriana F. Neves
Adriana is a Biologist with a Doctoral degree in Genetics and Biochemistry. She is a Professor at the Universidade Federal de Goias, coordinating the researcher group focusing on aptamer studies in the Laboratory of Molecular Biology from the Institute of Biotechnology. Currently, the group is characterizing aptamers for dengue and zika virus. She has particular expertise in molecular markers and aptamers applied to human diseases.

This brief review summarizes the current development of functional oligonucleotides, called aptamers, focusing on the diagnostic and therapeutic applications mainly directed to human health science. In the future, we believe aptamers have the potential to promote clinical advances for several diseases.

Molecular recognition is an important tool in various study fields, especially in medicine for diagnosis and therapy. Antibodies are a class of biomolecules widely used for this purpose. However, functional oligonucleotide-based biomolecules, called aptamers, have recently appeared to present a promising potential to overcome the disadvantages of antibodies. The technology of aptamer selection has been drawn to the attention of the scientific community due to its applicability in diagnosis and treatment of diseases. Until August 2017, less than 6,000 articles had been published in PubMed, which included the terms ‘aptamer oligonucleotide’.

The term aptamer is derived from the Latin word ‘aptus’, which means docking, and from the Greek word ‘meros’ – parts. These molecules are short stranded oligonucleotides derived from RNA or DNA (single strand DNA) and are selected through in vitro assays. In general, they are able to form a well-defined three-dimensional structure and can bind to various targets such as proteins, ions, small organic molecules or even whole cells, due to their high affinity and selectivity [1]. They can present specific and complex three-dimensional structures, characterized by stems-loops, hairpins, pseudo-nodes, and quadruplexes [2].

These oligonucleotides range in size from 20 to 80 bases (8 to 25 kDa) [3] and their structures are responsible for intramolecular interactions. Aptamers bind to their targets by interactions between aromatic compounds; base pairings by hydrogen ligation, van der Waals interactions, and electrostatic interactions between charged groups or hydrogen bonds. In consequence, aptamers undergo conformational changes after target recognition and bimolecular interaction. Folding characteristic in a defined three-dimensional structure that allows the aptamer to completely involve small substances due to the generation of a specific binding site. For molecules with high molecular mass, such as proteins, different target surface structures are involved through interactions with the aptamer [4].

These biological, physical and chemical properties make these oligonucleotides effective recognition tools for diagnosis, therapy, and elucidating disease mechanisms. The application of aptamers in biological fields is mainly limited due to its degradation by ribozymes. In this sense, chemical modifications are required in order to protect them against nucleases, improving their thermal stability and their pharmacokinetic properties. Among the modifications, the exchange of an OH at the 2’position of the ribose by 2’F or 2’NH2 can be performed to improve aptamer stability in the cellular environment. Other alterations of aptamers can include terminal capping with small molecules such as amine, a phosphate group, or residue of thymidine and other non-natural bases [5]. Additionally, it is possible to introduce fluorophores and quenchers, making it easier to manufacture biosensors and evaluate their cellular behavior.

The aptamers are selected by an in vitro process through the Systematic Evolution of Binding by Exponential Enrichment (SELEX). This method was concomitantly described by Tuerk and Gold (1990) and Ellington and Szostak (1990). SELEX involves the progressive selection of aptamers by the repetition of binding cycles, elution, and amplification of ligands from a random nucleic acid library, to select sequences with a higher binding affinity for the target [6,7].

The selection parameters can be easily manipulated to obtain more efficient aptamers for a wide range of conditions (pH, temperature or buffer composition) [8]. Some modifications have been included in the traditional SELEX method, such as affinity chromatography, capillary electrophoresis and filtration membranes to maximize affinity and specificity and to also improve the selection speed and success rate of the selected aptamers [2]. The characteristics of the selected oligonucleotides are identified using various physical, chemical and biological assays [9].

Once selected, they can be synthesized in great quantity with precision and reproducibility by chemical reactions. These chemical processes are more cost-effective than the production of antibodies [9,10]. When compared to antibodies, the aptamers have a relatively small size, which facilitates their chemical synthesis and possible modifications, being chemically derivable and controllable [2]. They are biocompatible and poorly immunogenic in vivo. They have high selectivity and the ability to bind and recognize specific targets, presenting an affinity constant (Kd) with nanomolar range, compared to antibodies (Kd in the mili/micromolar range) [10]. Also, they penetrate tissues faster and more efficiently because of their significantly lower molecular weight and can distinguish extracellular or intracellular domains of proteins, which cannot be differentiated by antibodies [11].

Beyond the high affinity and specificity for some ligands that cannot be recognized by antibodies, such as ions and small molecules, aptamers labeled with a fluorescent nanoparticles have been used in imaging systems to bind the nucleolin protein in cancer cell membranes [12], and have also been used to separate drugs that have enantiomers, such as Ibuprofen[13]. For instance, others researchers looking into the development of biosensors have reported the potential use of aptamers for cocaine detection in biological samples [14], and detection of Pb+2 ions using a biocompatible graphene-based on fluorescent apta-nanosensor [15].

Among therapeutic applications is Macugen, the first aptamer-based drug approved by the US Food and Drug Administration in 2004, which was modified to perform on vascular endothelial growth factor for the treatment of different types of neovascular age-related macular degeneration [16]. Other aptamers are in the final stages of clinical trials, indicating that these molecules can be used directly as pharmaceuticals [17].

Recently, HIV-1 inhibitory RNA aptamers have been developed for potential use in anti-HIV gene therapy. These oligonucleotides were selected against the enzyme protease aspartic, which plays an essential role in the morphogenesis of the virus [18]. In the viral and infectious disease fields, several other important viral infections such as dengue have been addressed in studies involving aptamer technology. For example, an aptamer that binds with high affinity to the protein domain III (ED3) from serotype 2 of the dengue virus was selected [19]. RNA aptamers binding to the 5′ untranslated region of the dengue virus genome were also screened and demonstrated an affinity to the target [20]. Furthermore, in a cancer study, an aptamer ligand to the conformational structure of partial PCA3 RNA, was selected aiding prostate cancer diagnosis and therapy [21].

Therefore, it can be noted that the production and characterization of specific RNA or DNA oligonucleotides, through aptamers technology, has given rise to promising new diagnostic and therapeutic tools for several types of diseases. These biomolecules are also present in the discovery and validation of drugs and elements of biological recognition, helping to elucidate the function of genes and important cell pathways for the genesis and progression of several diseases.

Mobile laboratory for rapid diagnosis of Ebola tested in Guinea