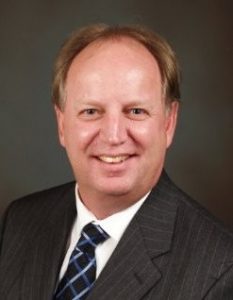 In 2010 there was an industry call to regulators to harmonize and end the rapid proliferation of country specific bioanalytical guidance documents that were starting to be released [1]. With the global market that our industry was supporting, the concept of preparing different dossiers of bioanalytical data presented us an undue burden that we thought to repeal. The thought of potential conflicts in how we assessed bioanalytical methods and data based on substantive or perceived differences was not appealing. The subsequent announcement of an internationally harmonized guidance for bioanalytical conduct was therefore, well received. It is also recognized that each country may have laws or statutes that require the issuance of guidance documents and so the retirement of country specific regulatory expectations will take time to complete and yet, it is encouraging to hear regulators speak of the process of adoption.

Any draft guidance will introduce a perceived requirement that is unexpected or not well understood. The 2013 release of the FDA Guidance for Bioanalytical Method Validation was such a document and caused quite the industry response that prompted any number of follow-up consensus building meetings to ratify the draft guidance. The fact that there are now a number of venues for open dialog between industry and regulators has meant that consensus is more rapidly achieved and as such, new guidance documents begin to present harmonized requirements based on quality science previously discussed in open forums. Nonetheless, there is always contained within a guidance document, fodder for the next ‘hot topics’ meeting that seeks clarification or to understand the regulatory thinking behind a particular requirement.

The 2019 draft ICH M10 guidance did primarily achieve the goal of harmonizing global regulatory thinking and presented it in a document that held few surprises.

There should be very little disadvantage in a collective consensus document, but the frame of reference needs to be understood. It would not be unreasonable to think that a regulatory agency would develop a guidance based on what type of submission is most frequently submitted. A pharma or biotech company is more likely focused on developing novel entities for unmet medical needs and so the CRO partners supporting that endeavor should be well aligned in the assessments required for decision-making purposes. On the other hand, if the CRO is primarily supporting generic or biosimilar applications through bioequivalence or biocomparability studies, the risk level associated with the bioanalytical data can be higher and the types of assessments required might be more comprehensive. An often-repeated criticism is that a regulatory guidance is too heavily weighted on requirements for BE/BA studies and oftentimes over burdensome for PD biomarkers, for example.

4 How easily can CRO’s adapt to implementing the ICH M10 guidance, while maintaining outsourcing standards?

Recognizing that the ICH M10 guidance is only in draft form, means that there remains no regulatory requirement nor incentive to adopt the guidance. As suggestions for edits developed from meetings such as the recent GCC conference are incorporated, there may be even less concern with having to radically change SOPs. That being said, the majority of the guidance is already well understood and included in our existing SOPs making adoption of the final ICH M10 guidance relatively painless.