Charles River recently ran a competition for early-career scientists; rewards included passes for the 8th EBF Open Meeting and the 21st Reid Bioanalytical Forum. In the following interviews we asked Ruth Burns & Alison Dickson (Charles River), both recognized in the competition, about the process of the competition, their attendance at the aforementioned conferences and what they believe the associated benefits are for an early-career scientist of attending such events.

Interview with Ruth BurnsInterview with Alison Dickson
Ruth Burns is a Senior Assistant Scientist in the Discovery LC-MS group in the Department of Bioanalysis and Immunology at Charles River Edinburgh. She attained his Bachelor’s degree in Biomedical Science from the University of Strathclyde (U.K) and joined Charles River as an Assistant Scientist for the Immunochemistry group in 2014. She joined the discovery LC-MS group in 2015.

Could you detail the competition at Charles River that you took part in and what awards were on offer? 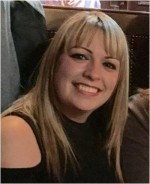 Tim Sangster (‎Head, Bioanalysis and Immunology, Charles River) proposed a competition where all the analysts in our department who had served for 5 years or less could participate. The prize for winning the competition was attendance at an international conference on bioanalysis. The competition involved delivering a 5 minute presentation on our jobs, highlighting something scientifically relevant, which we found interesting. I chose to present a case of ADA detection, which was supported by the data seen in the corresponding TK assay. The panel, which included included Tim, the UK Head of HR and the Director of Laboratory Sciences, then quizzed us on our presentations and our jobs in general. I was the winner of this competition and was selected to attend the EBF 8th Open Meeting in Barcelona in November 2015.

As a scientist early in your career, how important do you believe it is to attend international conferences?

Having now attended a conference, I think that it is extremely important for new-career scientists to attend events such as the EBF 8th Open Meeting. I found it beneficial listening to the presentations from others within the industry as it helped to develop my understanding of the wide range of topics currently under investigation. It also offered an opportunity to network with individuals within the industry whom I would have been unlikely to have met had it not been for the conference. I believe that a presence of new-career scientists is important at these events as it shows that they are eager to learn the layout of the industry, which I think will ultimately help industry continue to develop in the future.

Many conferences have a quite a small percentage of early career scientists – how can we increase this?

Before attending the conference, I was of the belief that my current scientific knowledge was not developed enough to get something out of attending and I don’t think I’m alone in feeling this kind of intimidation. I think there needs to be more of an outreach to new scientists to put their minds at ease; however, events such as EBF’s Young Scientists Symposium are a good way of introducing someone to the conference environment. This event was structured to allow early career scientists to present in front of their peers, and I think that the level of the presentations were appropriate for the people who attended, and attendees therefore got a lot out of it.

We also had a troubleshooting exercise, which gave us an opportunity to discuss any common problems we faced in the lab. If there were more events of this nature, I think more early career scientists would feel at ease attending conferences.

If more early career scientists attended conferences, do you believe this would help their career progression?

Definitely! I had very little understanding of the industry layout until I attended the EBF and had a limited knowledge of the wide range of areas currently under investigation. It was an opportunity to learn about new topics and has inspired me to pursue some of these developments in my own time. Also, the networking that occurs at these events solidifies the professional relationships you establish on a daily basis and opens doors for career progression, which would not have been there if you hadn’t attended the conference and spoken with people face-to-face.

Do you believe there is more to be gained from not only attending but presenting at such conferences?

Presentation skills are essential in the scientific community as it’s an extremely effective way of communicating new findings. I did not present at EBF, however, I noticed the amount of interest surrounding the speakers, and I think it helps raise the profile of those individuals within the industry. If there were to be an opportunity to present in the future, I would be extremely keen to get involved.

Did attending the EBF Open Meeting help with any aspect of your laboratory work back at Charles River?

Yes! There was an opportunity to discuss common problems in the lab at the Young Scientist Symposium, where ideas and solutions were discussed at length. The tiered approach was discussed at length and we as a department are now considering how this should be implemented in our laboratory and across other Charles River sites.

Alison is a Senior Assistant Scientist in the small molecule LC-MS group in the Department of Bioanalysis and Immunology at Charles River. She attained her Master’s Degree in Chemistry from the University of Edinburgh in 2013. She joined Charles River in 2014 working in the Discovery group before moving into the Method Development team.

Could you detail the competition at Charles River that you took part in and what awards were on offer? 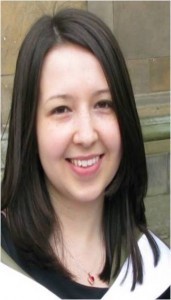 The competition held within the department of Bioanalysis and Immunology here at Charles River invited its early career scientists to prepare and deliver a presentation exploring the role of an analyst in the drug development process.

My presentation included details of projects I had been working on within the small molecule LC–MS/MS group at Charles River. This included details of the different challenges I faced when moving from routine clinical analysis to high-throughput discovery work, a specific example included examining chromatograms from an early stage study to find a metabolite peak. Furthermore, I detailed some of the challenges I had faced since moving into method development, providing examples of assays that required extensive troubleshooting.

The judging panel consisted of our department head, Tim Sangster (Head, Bioanalysis and Immunology, Charles River), the Director of Laboratory Sciences (Charles River) and the UK Head of HR (Charles River) who would select an individual to attend the EBF 8th Open Meeting in Barcelona in November 2015.

Due to personal commitments, I was unavailable to attend the EBF conference. Luckily, I attended the Reid Bioanalytical Forum held in the University of Surrey (UK) instead. This was more suited to my current interests as a method developer and I think this was ultimately a good choice of forum for me.

As a scientist early in your career, how important do you believe it is to attend international conferences?

Attendance at an international conference introduces you to the larger field of bioanalysis and takes you beyond the aspects of your specific job role and what you do in the lab through the number of diverse topics discussed. It allows you to learn first-hand about the most recent advances in the field, in some cases prior to publications.

The field of bioanalysis is huge and versatile, and less than 2 years in industry, working in the same lab day-to-day inevitably will shelter you from this.

Talk of the ’tiered approach‘ and fit-for-purpose validations were useful as provided in-depth discussion on a crucial part of the industry, which would not normally be discussed daily in the lab.

Many conferences have a quite small percentage of early career scientists – how can we increase this?

From the number of early career scientists that I work with I am confident that there are many who would love the opportunity to attend a conference. Despite the fact that this may be a daunting experience, the reward and what you gain as an individual is worth overcoming any self-doubts.

Opportunities and support across industry and academia needs to be in place to fund attendance of conferences by junior scientists. This could perhaps be in the form of company sponsorship and cheaper places/fees for those in the industry less than 3 years. In return, those sponsored to attend could produce a poster or presentation consisting of work they have done in workshops, which are aimed at those who are just embarking on a career in the industry.
If more early career scientists attended conferences, do you believe this would help their career progression?

The exposure of both you and your peers at a conference is unlike no other. Networking is key at these events. As an early career scientist, this can be quite a daunting experience; however, you need to be exposed to these things to learn and develop these communication skills. In my opinion conferences offer a whole new outlook on the industry and those involved in it.

Do you believe there is more to be gained from not only attending but presenting at such conferences?

Fortunately, early last year, I had been working on a novel sample extraction technique involving the enzymatic digestion of fatty acids. My colleagues had put together a poster based on the work and I was able to present the poster as well as deliver a short podium presentation. This allowed me to develop those all-important science communication skills. I was required to prepare a presentation, which complimented the poster and successfully communicated its main points and the significant points of interest, in less than 5 minutes.

Furthermore, presenting work that I had been involved in resulted in me receiving advice and feedback from those who are more experienced and established in the field. While this can be a daunting experience, I was fortunate enough to receive positive and very encouraging feedback from my peers.

Did attending the Reid Bioanalytical Forum meeting help with any aspect of your laboratory work back at CRL?

The Reid Bioanalytical Forum was attended by speakers with expertise in numerous areas of bioanalysis, who discussed a huge variety of topics. However, there were individual sessions that focused on LC–MS/MS, particularly the analysis of peptides and proteins. As the industry as a whole moves towards biologics, I have been faced with some challenging assays with peptides as the analyte. Presentations delivered from other labs have given me ideas and allowed me to draw inspiration from these in my own assay developments.