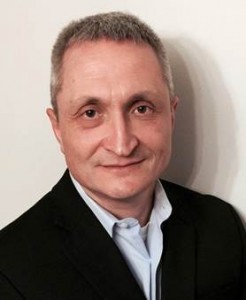 Boris Gorovits is a Director at the Pharmacokinetics, Dynamics & Metabolism (PDM) department, Pfizer. Boris earned a PhD in enzymology from Moscow State University. His area of research is in developing and utilization of drug PK and immunogenicity assays for biotherapeutics. Boris has published 30+ research and review articles; is an active member of the AAPS Ligand Binding Assay Bioanalytical Focus Group; reviewer for Bioanalysis and Journal of Immunological Methods; and Secretary/Treasurer for the Biotech section of AAPS.

Bioanalysis Zone recently conducted a survey focused on the topic of antibody-drug conjugate (ADC) analysis. ADCs are a class of compounds that combine the high specificity of antibody based delivery with the high toxicity of a small molecular weight toxin (also referred to as drug or payload). Survey respondents represented 23 countries across the globe including participants from Asia, many European countries, Canada, Mexico and the US (majority of respondents). Colleagues from academia, CROs as well as large pharma and Biotech were able to participate in the survey. On an individual level, while not every participant was already involved in ADC development, the majority (78%) indicated a desire to get into the field soon. On an organizational level, about a third (35%) of participants stated that their parent companies are already involved in ADC development. Overall, this data demonstrates a growing and quickly developing interest in the ADC field. Survey participants were asked to disclose some rudimentary details of ADC conjugation chemistry utilized in their corresponding organizations. A similar number of respondents indicated use of cysteine and lysine sites of conjugation (about a third each). The use of both cleavable (~20%) and non-cleavable (~10%) linkers, or the combination of both (~35%) was recognized. Understandably, many respondents (40-45%) could not disclose either the site or the nature of the type of the linkers used. About half of respondents support discovery activities while a smaller but still significant fraction are involved in regulated non-clinical and early clinical stage development. Justifiably, a significantly smaller (~18%) number of respondents are involved in late–stage clinical support and only ~5% support marketed compounds.

Similar to the development of any drug, understanding relevant exposure values is critical in the advancement ADCs through non-clinical and clinical investigations. Various aspects of the bioanalysis of ADCs have been rapidly developing in the last few years. One critical factor that differentiates ADCs from many other biotherapeutics is the inherent heterogeneity of the compounds, primarily due to the chemistry of payload conjugation but also due to various in vivo pathways resulting in spontaneous payload deconjugation from the carrier antibody protein. The dynamic nature of ADC heterogeneity (e.g. due to an in vivo change in the drug-antibody ratio (DAR) value) was recognized by the majority of survey participants (69%) as the major bioanalytical challenge. The lack of regulatory guidelines related to ADC bioanalysis and limited industry wide experience were also identified as areas for discussion. As a result of the diversity of ADCs and their dynamically changing heterogeneity, more than a single assay is required to provide an adequate and accurate description of compound exposure and inform PKPD models. Various analytes (conjugated antibody, conjugated drug, unconjugated drug, total antibody, naked antibody, metabolites of the drug) have been previously suggested and discussed. The majority (55-60%) of respondents specified that various combinations of these analytes are routinely measured. The naked antibody analyte (which includes a fully deconjugated ADC) was notably listed by about a third of respondents. Previously, naked antibody has not been identified as a significant analyte able to predict ADC efficacy or safety. The fully deconjugated antibody may play a role in the overall compound mode of action (e.g., due to antibody effector function), and it can also interfere in the typical mode of action of ADCs by preventing it from binding to the cell surface target. The overall significance of measuring naked antibody vs. analysis of the total antibody exposure remains unclear – a possible topic for future discussions. Importantly, a similar distribution of answers were submitted when asked which of the analytes are considered important to quantify. Here again a large number of respondents (~55-70%) listed many of the proposed analytes with a smaller percentage of responses given to a naked antibody species. The payload metabolite analysis was identified by many as a critical element of evaluation, including assessment during early stages of compound development. Many of the respondents indicated that FDA Bioanalytical Method Validation and other FDA guidelines are used when developing and characterizing bioanalytical assays for ADCs. General guidelines for therapeutic proteins as well as guidelines for small molecule assay validation have been included in responses. A potential need for an ADC-focused guidance and the need to understand which of the current guidelines should be followed remain on the top of the list of submitted questions.

The majority of respondents (~65%) agreed that a case-by-case approach to the bioanalysis of ADCs is justified and appropriate. Some suggest that a general strategy that applies to a significant number of compounds should be possible. It was suggested that the industry should strive to develop specific strategies for cleavable vs. non-cleavable linker chemistries. Clearly, industry views will continue to develop as more case studies are built up and reported. As a related topic, many respondents (~53%) expressed hope that a single assay that can describe ADC PK properties may be attainable in the next few years. Others believe that this solution is still many years away (~18%) while a minority (~7%) remains skeptical and do not see a ‘one-analyte’ solution as a possibility.

The diversity of analytes applied for ADC bioanalysis translates into a variety of bioanalytical techniques used. The largest proportion of respondents indicated use of LC-MS technologies (~85%), a smaller but still a significant number stated that they utilize various LBA methods (~42%). About 24% of respondents are applying affinity capture LC-MS, which is a rapidly growing area of MS application in the ADC field but also in many other areas of biotherapeutic compound development. Clearly, many of the laboratories apply more than one technology in support of a specific ADC compound. Other analytical methods have been developed to provide the required sensitivity and specificity, for example accelerator mass spectroscopy.

Finally, survey respondents addressed a question on the utilization of ADC bioanalytical data. Many indicated that the primary use is to establish compound PK (~60%) or to facilitate the discovery of species that may correlate best with safety and efficacy (~40%). However a significant number also highlighted its use to help determine the in vivo drug-to-antibody ratio (~70%), as well as to facilitate PKPD modeling efforts (~35%). Clearly, the bioanalytical data is applied to address multiple questions critical in ADC development.

In conclusion, this survey yet again demonstrated that the area of ADC bioanalysis is quickly developing and will continue to do so in the near future. We should expect the appearance of new and exciting methodologies, applications and techniques that will hopefully address many of the current issues and concerns.