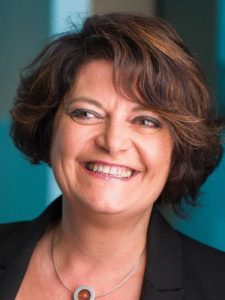 “The use of hybrid assay platforms can provide a better understanding of immunogenicity. It can also help to gain more insights on the molecular interactions at the basis of the mechanism of action of biotherapeutics as well as reveal the significance and impact of molecular heterogeneity. Correlation of functional selection with specific molecular features can help in addressing physiologically relevant modifications from experimental or manufactural artefacts. On a more technical perspective, the accessibility to LC–MS platforms can be useful for the characterization and selection of high-quality custom reagents for LBAs.”

“Beyond biotherapeutic or protein biomarkers quantitation, there are qualitative and semiquantitative applications where hybrid assay technology is emerging and being implemented. For example:

Intact biotherapeutics characterization by hybrid LBA/LC–MS
Protein-based biotherapeutics are complex and a mixture of multiple proteoforms can be found in a single formulation product. There are a variety of bioanalytical strategies that are being developed and implemented to rapidly assess the wide range of forms of biotherapeutics as they progress from preclinical discovery into clinical development. These strategies focus on innovative isolation techniques, including immunocapture/affinity enrichment, specific separation and detection by LC–MS, as well as data processing strategies of various forms of a biotherapeutic protein including intact (top-down analysis), reduced/enzymatically cleaved to subunits (middle-down analysis) or digested into enzymatically derived peptides (bottom-up analysis). There is a lot of interest in extending intact analysis of protein biotherapeutics into the regulated bioanalytical arena as top-down protein-level analysis provides benefits including: reduced method development time, quantitation of the whole biotherapeutic rather than just a small portion of the molecule and the ability to perform simultaneous quantitative and qualitative analyses.

Biotransformation of biotherapeutics by hybrid LBA/LC–MS
Hybrid LBA/LC–MS is now the gold standard for studying the biotransformation of biotherapeutics. With the advances in high-resolution MS technology, high-level characterizations using proteomic techniques (e.g., top-down, middle-down, bottom-up) are now routine workflows. The most common applications for intact protein quantification include the investigation of metabolites, circulating biotherapeutic forms, biotransformation studies, glycoforms and post-translation modification  analysis including oxidation and deamidation – among others. Protein therapeutics are susceptible to post-translational modifications, such as glycans qualitative or quantitative analysis that can benefit from high-resolution MS to be able to distinguish the native from the modified form. Isomerization of aspartic acid and deamidation of asparagine are two common amino acid modifications that are of particular concern, especially if they occur within critical functional segments of the protein, such as the complementarity-determining region of a therapeutic antibody since binding affinity and potency can be affected. Additionally, before quantitative methods are developed, qualitative in vitro stability methods in biological matrices (e.g., plasma/blood stability) or in vivo stability methods could be used for the determination of metabolism/catabolism modifications, which can potentially impact pharmacological and toxicological properties. While hybrid LBA/LC–MS can be very useful in understanding metabolism/catabolism, this technology still depends on how the affinity capture method is designed. Especially when affinity capture reagents are more generic and focused on enrichment, the downstream specificity of the LC–MS can be used confidently to identify and later quantify these catabolic products.

Immunogenicity assessment by hybrid LBA/LC–MS
Over the past few years an increasing number of reports describing detection and semi-quantification of the ADA responses using hybrid LBA/LC–MS have appeared, offering the simultaneous semi-quantitation and isotyping of antibody responses. While the proof of concept has been demonstrated, some practical considerations need to be addressed before hybrid LBA/LC–MS can be widely used for detecting ADAs, such as assay validation, quality control and regulatory acceptance – among others.

It is important to distinguish between human and pre-clinical studies because the immunoglobulin sequences of humans and animal species are different and therefore, different surrogate peptides need to be used for LC–MS ADA analysis. In addition, depending on biotherapeutic molecule structure, different immunoaffinity sample processing methods may be used. In immunogenicity assessments, the most useful area for hybrid LBA/LC–MS ADA assays to be developed further is the potential future application for clinical ADA assessments. This approach for immunogenicity assays is still in its early stages of development and acceptance could show great utility for specific applications. Data from the hybrid LBA/LC–MS assay, while not fully quantitative, may enable relative semi-quantitation across isotypes and provide additional information compared to traditional LBA titer measurements.”

In conclusion, as well as providing quantitative data, hybrid assay technology will provide qualitative data that are also very important for the development and progression of compounds through the different clinical trial phases.”

“The strength of hybrid assays clearly lies in quantitative applications but especially in measurements of molecules, which would not be well served by either individual technique alone. This will allow more specific high value questions to be asked and answered about the structure and concentration of biotherapeutics as well as the concomitant myriad of alterations and processing events of the cytokines and effector molecules so crucial to determining physiological response to therapy. In fact, recently published results have demonstrated the ability to selectively interrogate six nearly identical macromolecules and link one of them to clinical outcome. This is truly an advance for analytical science benefitting patient outcome.”