In this editorial, Amandine Dispas (University of Liege, Belgium) discusses the versatility of supercritical fluid chromatography (SFC) and the ongoing role of mass spectrometry in the latest chromatographic workflows. 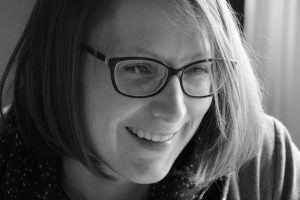 Amandine Dispas is currently a post-doctoral scientist in the University of Liege. Amandine received her master’s degree (pharmaceutical sciences) and PhD degree (analytical chemistry) from the University of Liege. Her research interests include separation sciences for pharmaceutical field, quality control applications and chemometrics. Amandine has strong expertise in supercritical fluid and liquid chromatography.

Two titles were suggested for this editorial: ‘does chromatography need mass spectrometry?’ or vice-versa. Actually, this inquiry highlights two schools of thought in which scientists in the field can be classified into: the separation scientists and the mass spectrometry scientists. Depending on their background, scientists will prefer one title or the other. As a chromatography scientist, I selected the first one but as an individual who is adept at compromise, I would like to discuss the reality of a more contrasted situation.

Separation techniques, and more precisely chromatography, present the advantage of selectivity. The selectivity of the separation system used (technique and analytical conditions) is the keystone criteria to evaluate the separation power. Efficiency, or peak capacity, are also key parameters to evaluate. In this context, two innovative approaches can be highlighted.

Firstly, modern SFC, which was introduced in the beginning of the 2010’s. This relatively old technique came back thanks to the launch of modern robust and reliable equipment. After qualifying as a marginal chromatographic technique a few years ago, SFC is now being used in more and more research laboratories. Nowadays, the advantages of this technique such as high efficiency, high throughput and ‘greenness’ are well known in the analytical field.

Nevertheless, I would like to highlight the versatility of SFC. Indeed, depending on the analyte’s polarity, different LC system(s) could be required to solve a separation problem. For example, metabolomics studies present complex samples containing a large panel of analytes. In a particular case, a consolidate strategy involving multiple LC analyses was proposed [1]. This interesting strategy required the use of three separation systems to cover the extended metabolome: reversed-phase liquid chromatography, hydrophilic interaction liquid chromatography with an amide stationary phase and hydrophilic interaction liquid chromatography with a polymeric zwitterionic stationary phase. In this context, SFC could be presented as an alternative to cover the full range of analytes in a single run [2].

Since all LC and dedicated SFC stationary phases can be used for SFC separations, orthogonality and selectivity can be easily tuned by modifying the stationary phase without changing the technique. Furthermore, several recent publications introduced the concept of enhanced fluidity liquid chromatography (EFLC) [3]. This separation mode helps to extend the application range of SFC thanks to the enhancement of the mobile phase eluting strength. Another interesting approach was proposed by Takeshi Bamba’s research group for the separation of lipophilic and hydrophilic compounds [4]. It consisted of using a mobile phase from 98% CO2 to 100% hydro-organic modifier to separate compounds with log P from -2.11 to 10.12 in a single run. This strategy was successfully applied in the field of metabolomics [5]. Unified chromatography terminology was also introduced to characterize this approach.

In my opinion, SFC (and derivatives EFLC and unified chromatography) will be one of the leading techniques in the near future. Its separation efficiency, wide application range and its easy hyphenation with MS using commercial interfaces are the key advantages explaining the increase in interest.

Secondly, the emergence of microfluidic chromatographic separation should be highlighted. Among these, the use of pillar array columns seems to be one of the most promising technologies [6]. The characteristic feature of these columns is the use of highly ordered pillar beds to replace particles in the stationary phase. This stationary phase helps to reduce eddy dispersion and thus improves the efficiency. Moreover, this technology enables an increased column length (up to 200 cm) thanks to the lower backpressure. The potential of this technique was recently evaluated for the field of proteomics [7].

Several criteria drive the selection of the detection technique. When using LC or SFC, a UV detector is still the most frequently used in many applications, especially in the pharmaceutical field. However, its main drawback is the sensitivity. In this context, MS is generally used when high sensitivity is required. It concerns several domains such as the determination of impurities in drug products, bioanalysis or omics sciences. The type of MS spectrometer used (source, analyzer and detector) has a direct impact on the detection limit. The other huge advantage of MS is its specificity. Indeed, each compound is detected at a specific m/z ratio or transition. In this regard, MS could be defined as a second separation dimension and not only as a detection technique.

From the point of view of some MS scientists, MS can be considered as the ultimate technique which does not require any ‘separative’ step. Unfortunately, when using a mass spectrometry detector, some ionization suppression or enhancement can occur. This phenomenon is explained by the presence of interferent components from the matrix. The presence of a lot of compounds in the MS source can cause ionization competition. To deal with this technical issue, the matrix effect should be investigated [8]. It is also important to note that an appropriate internal standard (e.g. deuterated analyte) can drastically reduce these matrix effects because the impact of the matrix will be similar for both the analyte and the IS.

Hyphenation of chromatography to mass spectrometry

The hyphenation of chromatographic techniques to mass spectrometry is now well implemented thanks to the availability of commercial interfaces. In my opinion, hyphenation brings the advantages of each technique to the other. For example, recent work highlighted the reduction of matrix effects through the use of a different chromatographic mode or technique [9]. Chromatography should not be simply considered as a ‘sample preparation’ technique but as a powerful separation dimension before MS detection. The opposite is also true, MS should not only be considered as a detection technique but, depending on its use, as a detection technique bringing separation and complementary information.

Going back to our two questions ‘does chromatography need mass spectrometry?’ or vice-versa. Regardless of which question you are asking – if you have a complex sample requiring separation and sensitivity – I want to say ‘yes’. If we focus on the topic of bioanalysis, both answers are definitely positive. In conclusion, chromatography and MS spectrometry are complementary techniques, their hyphenation achieves a more powerful analytical technique, and neither should be neglected. Chromatography and MS should be carefully selected and optimized to reach good analytical performance. Their complementarity is the key for analytical success.

< Back to – Spotlight: chromatographic separation technologies

Research grants from the Walloon Region of Belgium and EU Commission (project FEDER-PHARE) to A. DISPAS are gratefully acknowledged.

Hugues Jambo is a PhD student in the laboratory of Pharmaceutical Analytical Chemistry (Philippe Hubert, University of Liege). Hugues received his master’s degree in pharmaceutical sciences in 2016. His PhD thesis project is focused on SFC-MS for pharmaceutical applications.

Philippe Hubert is a full professor at the University of Liege. Philippe has an h-index of 51 (google scholar) and received many international recognitions (top-cited papers and best oral and poster presentations at international conferences). He introduced the total error concept using -expectation tolerance interval as a decision tool which is now under consideration at the US Pharmacopeia level. He is also the current vice-dean of the Faculty of Medicine of the University of Liege.

Disclaimer
The opinions expressed in this editorial are those of the authors and do not necessarily reflect the views of Bioanalysis Zone or Future Science Group.