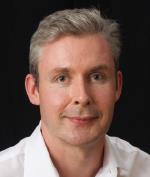 In his current role Robert coordinates all LC–MS/MS method development and associated training, takes the lead in keeping abreast of innovation and technological development in the industry, leads in-house research projects and performs technical writing for the purpose of producing publications.

There is one popular approach to the challenge of biomarker determination in biological matrices, and that is to employ surrogate matrices to prepare calibration standards and QC samples in. These surrogate matrices are free of any significant endogenous level of biomarker, making them ideal for spiking to nominal levels without complication. Critically, however, they are inherently not of the biological composition of incurred samples and in many methodologies they are not even biological fluids.

This is the critical point for the surrogate matrix approach. For best method performance with regard to the various influences on analyte and internal standard LC–MS peak area responses, the chosen surrogate matrix must adequately mimic the characteristic output from the genuine matrix, within the selectivity as a property of the entire LC–MS methodology. Parallelism.

We have witnessed and partaken in discussions of putting accuracy aside and looking only at precision in biomarker assays, especially in the face of the reality of inherent marker variability in given subjects. We have in the same vein discussed the good old subjective cliché ‘fit-for-purpose’ in the context of such methods and their performance, in the sense of making them only as good as they need to be to answer specific questions to do with the ability to confidently verify concentration changes and assigning significance as such. I wonder sometimes, does this in part amount to an indication that frequently the approach makes things a little too difficult, particularly from the angle of accuracy? I know from my years of experience in method development for PK and biomarker assays that it’s very dangerous to rely on QC samples prepared in a different overall composition to calibration standards to correlate with them in the final analysis. Bias could be compromised, in other words, even though precision meets the quality of expectations. We know in the industry at least from PK method development, validation and subsequent in incurred samples use that method performance, originating in intensities and variation in peak area response, is so very often exquisitely sensitive to many components of a biological matrix. Surely the presence or absence of many such components can very easily have a breathtaking effect on the peak area output, with regard to what may be the case with a surrogate that has forcibly or inherently different makeup. This is also what frequently leads to undesirably long method development times with the surrogate matrix approach.

Another reasonably well-known approach exists, but does not appear to be embraced anywhere near the extent of the surrogate matrix option. It is, of course, the surrogate analyte approach.

I regard the surrogate analyte approach as a gift that comes with the world of bioanalytical LC–MS, as much of a gift as stable isotopically-labeled analogues are as internal standard candidates, and for the same fundamental reasons. That is to say, these stable isotopically-labeled analogues (isotopologues) used traditionally as internal standards are by design practically equivalent in terms of physicochemical properties to their unlabeled analogue, in this context being the compound of interest. They only differ with a few heavy isotopes at selected atomic positions within the molecular structure so that the mass spectrometer has easy and immediate discrimination by m/z. The beauty of this approach is the option to use these same isotopologues as surrogate analyte, with the innate confidence of equivalent behavior to the unlabeled within a method. In other words, to spike up calibration standards and QC samples with the selected labeled surrogate instead of the authentic unlabeled compound. Interpolation of peak area responses from incurred samples are made through the calibration line constructed with the surrogate. Some experiments are required upfront to prove parallelism of response, however it’s not a dissimilar predicament for the alternate approach and the fantastic aspect is that no alteration of matrix is required. All calibration standards and QC samples are in the same unadulterated control matrix, same as the incurred samples, a recipe for analytical success, reliability and good sleep at night. Also, no questionable portioning of calibrant or QC levels to be either  in genuine matrix or surrogate matrix is required. To me, altering the matrix composition in some key samples is a far more dangerous proposition from the point of view of method reliability than switching the test compound in calibration standards and QCs to something known to be physicochemically equivalent.

Fair enough, it may be hard to find ideally two mass-distinct isotopologues to use as a surrogate analyte and the other for an internal standard, particularly knowing the more expensive 13C and/or 15N labeled analogues are going to give better parallelism than deuteration and the isotopic purity cannot be skimped on. It’s a balancing act, as there so often is – reliability of concentration data against the expense involved in getting there. I reckon the method development time and other resource that is saved by avoiding the surrogate matrix approach can most often amount to a much more severe financial figure than what it takes to bring in the right isotopologues.

I would like to conclude with this thought, another way of viewing what this boils down to. Playing with the relatively unknown and unpredictable – the matrix – against using good chemistry with justifiable confidence – the labeled analogue.