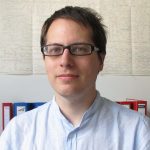 Johannes Winkler studied pharmacy at the University of Vienna (Austria) and completed his PhD in pharmaceutical chemistry in 2003 on development of therapeutic oligonucleotides. He has postdoctoral experience in Austria and Switzerland, investigating nucleic acid chemistry, biology and the development of targeted drug delivery systems. He has completed his habilitation (venia docendi) for pharmaceutical chemistry in 2014 and is now a researcher at the Medical University of Vienna, Department of Cardiology (Austria). His research focus is on oligonucleotide chemistry, analysis, biology and pharmacology, and nucleic acids, including non-coding RNA as potential biomarkers and therapeutic targets in cardiovascular diseases.

Therapeutic oligonucleotides are already established as a successful technology, with many additional siRNA and antisense drugs in development. New applications for targeting non-coding RNA and gene editing are on the horizon.

The long journey of antisense, splice-correcting oligonucleotides, siRNA and other therapeutic modalities towards use as drugs has seen a lot of up-and-downs, illustrating the enormous challenges and regulatory hurdles for any new class of therapeutics. After all, it has taken close to 30 years for antisense, and 20 years for siRNA to be used as drugs since their respective discovery. Many traditional processes and development strategies, which had been optimized for small molecules or proteins, have been shown to be not directly applicable to oligonucleotides, and new or adjusted assays had to be developed. Initial development has mainly focused on rare diseases with unmet medical need. In the near future, oligonucleotide drug development companies will try to move to therapeutic areas with more demand and compete with small molecules and monoclonal antibodies.

Since the previous Bioanalysis Zone Spotlight issue in 2017, two new oligonucleotide drugs have won market approval: Onpattro® (patisiran), the first siRNA therapeutic, and Tegsedi™ (inotersen), an antisense oligonucleotide. Both have been evaluated for treating polyneuropathy symptoms of hereditary transthyretin (TTR) amyloidosis, caused by mutations in the TTR gene, which promote misfolding of the protein, aggregation and subsequent deposition in organs. This in turn can cause polyneuropathy and/or cardiomyopathy. Both oligonucleotide agents degrade TTR mRNA irrespective of distinct mutations.

Patisiran marks a breakthrough as the first siRNA available for therapeutic interventions. It was effective in clinical evaluations for alleviating polyneuropathy symptoms, based on patient questionnaires and assessment of medical personnel [2]. Subanalyses of a Phase III trial were recently reported, showing beneficial effects also for TTR-amyloidosis-mediated cardiomyopathy [3]. A senile form of TTR amyloidosis is caused by aggregation of wild-type TTR and has a high prevalence in an aging population. It is thus attractive to expand the use of patisiran to treatment of cardiomyopathy but a clinical benefit has to be demonstrated in an adequately designed randomized clinical trial.

Similarly to patisiran, inotersen reduced symptoms and improved quality of life of treated polyneuropathy patients [4]. Compared to patisiran concerns for adverse effects are slightly more severe. In particular, there appears to be a risk for thrombocytopenia, which is possibly a class side effect of antisense agents with distinct chemical modifications.

Patisiran is applied as a lipid nanoparticle formulation. Lipid nanoparticles can cause some adverse effects and are more complicated to produce and less efficacious than covalent conjugates of siRNA with receptor ligands. Thus, most other siRNAs, and also several antisense agents, in current clinical trials make use of covalently attached N-acetylgalactosamine (GalNAc) for intracellular delivery to hepatocytes. The therapeutic success of GalNAc oligonucleotide conjugates is explained by the rapid endocytic internalization via the asialoglycoprotein receptor, which is extremely highly expressed on hepatocytes, and recycled back to the cell surface within a short time. This enables quick cellular uptake of a large amount of oligonucleotides into endosomes. Subsequent translocation from endosomal compartments to the cytosol is believed to take place for only a small fraction of internalized compounds [5]. GalNAc oligonucleotide conjugates are thus a major improvement to the long standing issue of efficient and safe intracellular delivery, which is required for therapeutic applications. However, they are restricted to silence gene targets in hepatocyctes.

One of these GalNAc siRNA conjugates, givosiran, has recently completed its Phase III trial, and the developing company, Alnylam Pharmaceuticals (MA, USA), has announced that primary and secondary endpoints were reached, and only minor adverse effects have been reported. Full details on clinical benefits and toxicity have not yet been published. Unless for possible class-related toxicity, GalNAC conjugates are set to enable a range of efficient therapeutic gene silencing applications in hepatocytes. Inclisiran is an siRNA that targets PCSK9, inhibition of which strongly lowers LDL cholesterol levels. PCSK9 is a promising target for achieving low LDL levels for patients with high risk for cardiovascular events [6]. For this indication and target, oligonucleotide-mediated inhibition would compete with monoclonal antibodies and in the future with small molecule inhibitors, providing a direct comparison of inhibiting de novo protein biosynthesis and modulating the protein function.

For enabling more widespread application of medicinal oligonucleotide technologies, similar solutions for other organs and tissues are required [7]. Thus, preclinical research and development focuses on discovering suitable receptors and respective ligands for tumor cells, the blood–brain barrier, endothelium, muscle cells and others. Until now, identification of suitable receptors has remained largely elusive, and a major breakthrough on the delivery issue is essential for realizing the full potential of therapeutic oligonucleotides [8].

Unlike for compounds delivered within nanoparticles, antisense and siRNAs with or without ligand conjugation are required to be resistant against enzymatic degradation [9]. Both for antisense – mainly phosphorothioate backbones and several terminal 2’-O-modifications – and for siRNA – 2’-O-methyl and 2’-fluoro nucleotides with a few terminal phosphorothioate linkages – efficient and stable chemical modifications are established.

In basic research, newly discovered nucleic acid technologies such as CRISPR have transformed scientific methods. Non-coding RNAs are increasingly investigated as potential biomarkers and therapeutic targets, particularly in oncology and cardiology. In addition to the chemical modifications described above, locked nucleic acids (LNA) with full phosphorothioate backbones are frequently used for targeting miRNAs and long non-coding RNAs in vivo. Although the phosphorothioate backbone is useful for achieving sufficient cellular uptake in animal models, LNA-phosphorothioates have not yet made it to clinical trials.

Gene editing by CRISPR is a much hyped technology for precise changes of genomic DNA sequences and has already transformed scientific research [10]. However, gene editing in the medical context is heavily discussed not only for ethical reasons but also for technical limitations, namely off-target effects and efficacy. Realistic and useful applications still need to be defined and proven. The recent controversy involving human germline editing has highlighted for a general public the transformative potential of the technology and also its ethical dimensions and limitations. First controlled clinical trials for establishing safe use have already been initiated but the issues of delivery and exclusion of off-target effects shed serious doubts on a safe and responsible in vivo use in humans for now. Ex vivo editing of autologous or allogenic cells, i.e. selection of successfully edited cells followed by re-implantation, appears to be a more promising medical use.

These developments show that the volume of oligonucleotides for therapy will certainly expand during the next few years together with bioanalytical and regulatory demands. Largely uniform chemical modification patterns, sequence lengths and GalNAc conjugations dominate, meaning that bioanalytical methods can be applied for entire classes with only minor optimization [11]. For future applications, targeting non-coding RNAs and for directed gene editing using CRISPR/Cas9, additional formats with shorter (LNA modified) and longer (CRISPR guide RNA) will be used. Particularly for assessing gene editing and potential off-target effects, targeted and unbiased nucleic acid sequencing methods together with efficient data analysis are required.

At long last, oligonucleotide drugs are close to deliver on their promise