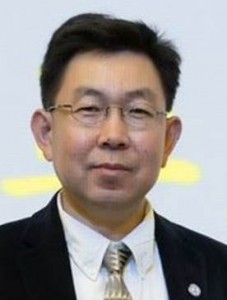 Dr Jian Wang graduated from Beijing University (China) and received his PhD in analytical chemistry in 1994 at Michigan State University (USA). Following postdoctoral training at the National Institutes of Health (NIH) in Maryland USA, he joined GSK in 1996 and then Bristol-Myers Squibb in 1997. Dr Wang has close to 20 years of experience in discovery and regulated bioanalysis in pharmaceutical industry. In recent years, Dr Wang has been involved in bioanalysis of antibody-drug conjugate (ADC) projects, leading a group of scientists in developing various ligand binding and LC-MS/MS hybrid assays, and collaborating with LBA scientists in developing LBA and LC-MS integrated bioanalytical strategies for pharmacokinetics in pre-clinical and clinical ADC studies.

Antibody-drug conjugates (ADCs) consist of a cytotoxic drug covalently bound to an antibody (mAb) via a linker. The complex structure of ADCs presents unique bioanalytical challenges and requires novel strategies. It is unclear at this time which form(s) of the heterogeneous mixture that constitute an ADC contribute(s) to their efficacy and safety. Four quantitative assays are considered essential, industry-wide, in ADC PK bioanalysis: (1) total-antibody (total-Ab), (2) conjugated-antibody (conjugated-Ab), (3) conjugated-payload, and (4) unconjugated-payload.

Historically, the primary measurement of total-Ab and conjugated-Ab use LBA technologies, while the unconjugated-payload is LC-MS/MS based. The conjugated-payload is predominately developed as a ligand binding and LC-MS/MS hybrid assay (hybrid assay). The ligand binding step is also referred to as immuno-capture, immuno-precipitation, or immuno-extraction. Meanwhile, based on our experience and the collective industry experience, total-Ab and conjugated-Ab can also be measured by immuno-capture LC-MS/MS hybrid assays as orthogonal methods or alternatives to LBAs.

A hybrid assay involves three essential steps: ligand binding (or immuno-capture), enzyme cleavage or digestion, followed by LC-MS/MS detection. Target antigen, anti-id antibody, or anti-payload antibody can be used as capture reagents, as well as the generic reagents protein A and G. The reagent used determines the specific analyte measured. The immuno-capture step in ADC bioanalysis is used primarily for analyte selection which is equivalent to the first step in LBAs rather than pure concentration enrichment. The cathepsin B-released payload or the signature peptides generated by trypsin digestion are measured by LC-MS/MS for conjugated-payload or conjugated-Ab, respectively. Magnetic beads or cartridges have both been used for immuno-capture. Biotinylated capture antibodies can be immobilized on streptavidin coated beads or cartridges. Three automated immuno-capture platforms in cartridge format are being used routinely in our labs at BMS – AssayMAP™ from Agilent, MISA™ from Thermo, and PhyTips™ from PhyNexus, using various liquid handling systems.

Multiple hybrid assays have been developed in my laboratory with different combinations of capture reagents and enzymes, anti-id or anti-payload, and cathepsin-B or trypsin, for the analysis of payload or antibody. The essential hybrid assay is the anti-id capture and cathepsin-B cleavage conjugated-payload, which has been validated to support preclinical and clinical studies. Hybrid total-Ab assays combing anti-id capture and trypsin digestion are complementary to the total-Ab in LBA. Anti-payload capture and cathepsin-B cleavage or trypsin digestion measure total (conjugated) payload or total conjugated-Ab for total toxicity and/or total efficacy correlations. Generic capture reagents such as protein A or G, have shown similar sensitivity as the conjugated-payload and total-Ab hybrid assays using anti-id capture in preclinical species and human plasma. This is a useful approach in early discovery when anti-id capture reagents may not be available yet. When using protein A as the capture reagent, the conjugated-payload measured in human plasma could be different from that using anti-id capture, especially in patient samples where soluble target concentrations are high. Hybrid assays have been optimized for capture and cleavage or digestion steps, and validated combining requirements for both small molecule by LC-MS/MS assays and large molecules by LBAs, including tolerability to soluble targets, as well as ADC assay specific DAR bias/sensitivity tests.

In the second example, hybrid assays provided measurements of all required analytes in an ADC PK study along with LBAs. The total-Ab concentrations measured by a LBA method and a hybrid method correlated well. Meanwhile the anti-payload capture conjugated-Ab LBA was DAR-dependent. It has been discussed quite thoroughly in the literature that anti-payload capture has a higher chance of being DAR unbiased compared to anti-id capture conjugated-Ab assays, but may still show DAR bias in some cases. Interestingly, the hybrid conjugated-Ab assay using the same capture reagent on AssayMAP cartridges was proven to be DAR-independent for this ADC compound. It was hypothesized that the cartridge immuno-extraction partially accounts for the difference. It is worth pointing out that the AUC and trough concentration between the DAR-unbiased and the DAR-sensitive conjugated-Ab assays could be different by 2-fold and 3-fold, respectively. If conjugated-Ab is the desired active ADC species, DAR-unbiased assays should be considered, and both LBAs and hybrid assays could be explored to meet the study and assay requirement.

In conclusion, both LBAs and LC-MS/MS assays are essential in ADC bioanalysis. Immuno-capture LC-MS/MS hybrid assays are required for the analysis of conjugated-payload and are viable alternatives to LBAs for the analysis of total-antibody and conjugated-antibody. Hybrid assays are capable of supporting ADC PK studies. The industry-wide ADC bioanalysis strategy continues to evolve and will need to be refined as more is understood and new generations of ADCs come through the pipeline.