In the Zone: phosphorylated biomarkers

An integral part of the drug development process is the proper identification of drug action and mechanism. One method to understand the pharmacodynamic effects of a drug on specific diseased or rare cell populations involves detecting signaling pathway activation and key phosphorylated members of the pathway chain.  Proteins phosphorylated by a kinase with a phosphate group from high energy molecules such as ADP or ATP can act as such biomarkers for the progression of various leukemias. In this feature, we will further explore the role of phosphorylated biomarkers as an indication of drug efficacy during the drug development process.

Infographic: the use and applications of Phosphoflow – 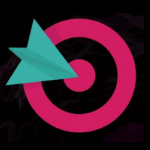 In this infographic we look at Phosphoflow, a flow cytometry-based technique with many potential uses in support of drug development.