Q&A follow up – Panel discussion: strategies and challenges of immunogenicity

Thank you everyone who attended our live event; “Panel discussion: strategies and challenges of immunogenicity“. Below are some responses to the questions posed during the live event that we did not have time to answer. We hope this is a useful resource and thank our panel discussion attendees as well as our speakers, Alexandra Hawes (LGC),  Eric Bonner (Eurofins), Franklin Spriggs (KCAS Bioanalytical and Biomarker Services), Boris Gorovits (Pfizer) and Szilárd Kamondi (Kamondi Bioanalytical Consultancy GmbH) for their time.

Can you list some of the types of assays you use?

Eric: The majority of our ADA assays are plate-based (MSD, ELISA). We do have some immunoprecipitation (RIA) methods as well. For NAb, the majority of these are cell-based assays, utilizing a variety of cell lines/reporter constructs, depending on the pathway in question.
Szilard: For characterisation, e.g. isotyping, SPR could also be a choice. Why do you think there is high prevalence of pre-existing anti-drug antibody other than pre-existing anti-virus antibodies such as anti-AAV?
Eric: There are many types of therapeutics that can have pre-existing antibodies. For instance, anti-PEG assays almost universally have this problem, due to high exposure to PEG in consumer products such as shampoo/conditioner. Many of the cytotoxic compounds (especially those of fungal origin) attached to ADCs are highly immunogenic. And so forth.
For biomarkers to identify NAb, do you think PD biomarker can be used for?
Franklin: There have been some recent talks by Biogen where they have identified a biomarker that had a direct correlation to the drug binding the intended target. If you can ID a biomarker like this then you can make the argument that when an ADA is identified, and the biomarker is dysregulated the existence of the NAb can be implied. This is certainly something you should speak to the agency about prior to your submission to understand the additional rigor that may be needed. Questions for anyone, for cytokine therapeutics, do you think cell-based NAb assay will have high sensitivity to identify NAb that will neutralize low endogenous concentration of cytokine, as low as pg/ml range of cytokine?
Eric: Anytime you’re trying to validate an ADA or NAb where there is endogenous background, drug tolerance can be an issue. The basic trade off usually comes with assay MRD – the more you dilute the sample, the better your selectivity and drug tolerance will be, but with reduced sensitivity.
Szilard: The low level of endogenous and/or administered cytokine is rather an advantage in this case since drug tolerance is rarely an issue. The situation is similar to ESAs (erythropoiesis-stimulating agents) where the drug level is in the pg/mL range, however, the ADA levels can easily go up to several hundred ng/mL which is not an impossible sensitivity value to achieve in a NAb assay. One technique for immunogenicity I have explored is SPR. Which has its own pros and cons. However, is this something pharma is exploring for immunogenicity testing of their products?
Franklin: I will speak for myself here…I have not utilized SPR for identification of immunogenicity. I would be curious hear more about what this looks like and the pros and cons vs. standard ADA detection methods.
Szilard: Actually, the history of immunogenicity testing started with the implementation of many SPRs at one of the big pharma companies who were a pioneer in this field. Due to advantages of other platforms, SPR is rather used for characterization work. Can a flow cytometry based NAb assay be validated?
Franklin: Over the last year there have been a lot of discussions about how to validate flow methodologies. I believe a ‘fit for purpose’ validation can certainly be done, especially since we are speaking about a qualitative method…are the antibodies that have been confirmed in the sample block binding of the target.

How common is the Gyros platform becoming in clinical phase ADA assay development? Are the drawbacks regarding issues with detection of low affinity antibodies warranted or overstated?

Eric: We have not used Gyros for ADA at Eurofins, although I see no reason why it couldn’t be used. The primary advantage of the Gyros platform is the low sample volume required – so if there were a particular study where sample volume was a limitation, I would definitely investigate Gyros during early assay development.
Szilard: There are positive feedbacks from CROs, especially, when its automation feature provides a huge advantage for running large Phase 3 studies and samples can be analysed in several shifts. Do any of the speakers have experience/suggestions for addressing challenges while developing cell-based NAb assays for an antibody-drug conjugate therapies?
Eric: In my opinion, a cell-based NAb for an ADC shouldn’t necessarily be more SCIENTIFICALLY challenging (unless the payload comes along with high prevalence of pre-existing Ab). The primary challenge will be more around EHS/safety concerns, as many facilities have a cell-based lab and an ADC lab, but do NOT have cell culture equipment in the ADC lab. Regarding previous question from Eric. Do you also have some experience with immunogenicity testing with Gyrolab platform?
If yes, what was your experience like?
Eric: To date we have not used Gyros for ADA, we have used it extensively for PK and biomarker. I see no reason why it COULDN’T be used for ADA, however.
Boris: We have used Gyros for ADA analysis and generally the experience was positive
Szilard: Please see my response for question #8. How do you address selectivity when there is a high level of pre-existing antibodies?
Eric: Excellent question. It’s difficult, and the answer may vary from study to study. But in general – let’s say that during cut point we establish a ‘threshold’, above which a sample is considered to have pre-existing Ab. You would only use samples for selectivity that are BELOW that threshold – then you would demonstrate that when spiked with LPC level of antibody, they screen and confirm positive.
Szilard: Agree with Eric’s response. Samples from the negative population should be used for the assessment of selectivity. Are you aware that Merck offers a high sensitivity solution for ADA assays using the Single Molecule Counting Technology developed by Singulex? This allows to decrease the sensitivity with at least a 1/10 fold at least as per comparison to other technologies?
Boris: I was not aware of this option. Having said this, sensitivity is not typically an issue for ADA assays.
Szilard: Theoretically, any LBA platform (SMC, SIMOA, ELLA, etc.) can be used for immunogenicity testing. Since sensitivity is not a major challenge anymore, in addition to the real challenging parameters (e.g. drug/target tolerance), factors like cost, possibility for automation, reagent availability, flexibility in customization, etc. will drive the decision for platform selection. What are the requirements in terms of long term stability validation, when the samples are analysed later at the end of the clinical study on relevant subjects. Thanks.
Szilard: It is also covered in Eric’s response in question #14.
Does it make sense to investigate short and long term stability in immunogenicity assays?
Eric: Short-term stability is an absolute requirement. Freeze-thaw stability is strongly recommended, as many samples will require multiple F/T to make it through a tiered analysis. Long-term stability is generally NOT a requirement, the industry/regulatory opinion is that the Ig domain is stable for 5-10 years when stored @ -80C.
Szilard: Similar to the long-term stability story, I assume there are sufficient data accumulated in the industry that would support stability in plasma/serum at room temperature for 24hr and F/T up to at least 5 cycles. This would not apply to matrices that are less abundant in protein, e.g. ocular tissues.
Can the panel comment on the use of predose sample rather than cut points to assess changes in the subject?
Boris: Detection of treatment induced immune response has been done by comparing pre- and post-dose ADA results. I believe this option was also mentioned in the Sharkar et al. 2008. In this approach, a version of a cut-point is still needed as one will compare pre- and post-dose signal for a given patient based on a pre-selected criterion (aka cut-point). For this question, low nanogram range antibody, do you think it can have effect to pg/ml cytokine?
Franklin: It certainly can, and in reality, I should have started the answer with…it is case by case depending on the drug MOA and the PD measurements. If this is a cytokine that is critical to either patient safety assessments or an indication that the drug is not an effective agonist or antagonist. What risk management have you taken if for your biotherapeutic the NAbs occur at high rates?
Boris: The exact answer is likely to highly depend on the nature of the compound, including immunogenicity risk level. E.g. – high incidence of NAb development for high immunogenicity risk compound may result in a hold to patient treatment or even a study. To view the full on demand panel discussion and Q&A session, click here. In association with 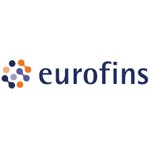 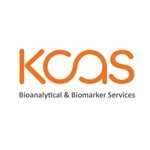 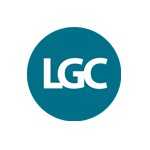