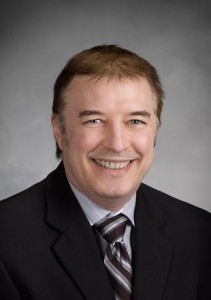 Patrick Bennett is the Executive Director of Biomarker Laboratories at PPD. Patrick has nearly 30 years of experience in pharmaceutical analysis. This includes Bristol-Myers Squibb Department of Metabolism and Pharmacokinetics, Advion Biosciences (now Quintiles) where he was the Laboratory Director and Tandem Labs where he was Vice President. In 2010, Patrick joined Thermo Fisher Scientific as Director of Global Strategic Marketing within the Chromatography and Mass Spectrometry Division. In 2014, Patrick joined PPD to create a new Biomarker Division, which has dedicated laboratory facilities providing Molecular Genomics, flow cytometry, ligand binding and LC-MS based biomarker services. Patrick earned a BS degree in Toxicology and a MS degree in Pharmacology St. John’s University and an MBA from Syracuse University.

Liquid chromatography – mass spectrometry (LC–MS) including both triple quadrupole (LC–MS/MS) and high resolution mass spectrometers (HRMS) used for quantitative bioanalysis has its early roots in the late 1980’s with significant adoption by the 1990’s.  The growth of biotechnology in the development of biopharmaceuticals resulted in the widespread use of ligand binding assays (LBA) for the quantitation of these large molecules.  The more recent explosion of more complex and potent biologics, in particular, monoclonal (mAb) based molecules and the increased use of large molecule biomarkers has resulted in a convergence of these two technologies.  This commentary provides a brief overview of the LBA/LC–MS convergence in bioanalysis of large molecules.

Liquid chromatography–mass spectrometry (LC–MS) including both triple quadrupole (LC–MS/MS) and high resolution mass spectrometers (HRMS) used for quantitative bioanalysis has its early roots in the late 1980’s with significant adoption by the 1990’s.  Prior to this period, the majority of drugs being developed were small molecules (< 1,000 KD) and analyzed using some form of high pressure liquid chromatography (HPLC), gas chromatography (GC) or gas chromatography –mass spectrometry (GC–MS).  However, the commercial LC–MS systems in the early 1990’s were extremely sensitive, selective, robust and relatively easy to use compared to the other technologies.  Furthermore, these attributes allow users to develop high quality quantitative methods significantly faster.  For these reasons, LC–MS essentially eliminated the use of HPLC, GC and GC–MS for pharmaceutical drug discovery and development bioanalysis.

ELISA, RIA and other types of ligand binding methods were typically developed for diagnostic testing  in the areas of therapeutic drug monitoring, drugs of abuse testing, toxicology, assessment of well-established endogenous markers (e.g. thyroid markers, cytokines, various immunoglobulins, antigens, etc.) or other real time medically related purposes.  During the first wave of biotechnology in the 1980’s, these techniques were adopted for quantitation of peptides, proteins and monoclonal antibodies.  Concurrent with this, the field of proteomics was immersed in using mass spectrometry for the identification and characterization of proteins for various research purposes.  The mass spectrometers were typically ion trap mass spectrometers (ITMS), Time of Flight (ToF), quadrupole TOF (Q ToF), Ion cyclotron resonance mass spectrometers (ICRMS) or orbitrap mass spectrometers.

The combination of the explosive growth of ligand binding bioanalysis in drug development and the predominant use of LC/MS for quantitative bioanalysis resulted in significant discussion on the differences between the two technologies – specifically around the appropriate regulatory requirements for method validation and sample analysis[1–10].

From a large molecule and ligand binding assay (LBA) perspective, the time and place to use LBA for bioanalysis was clear cut based on the size of the molecule.  Challenges were primarily related to obtaining appropriate reagents, developing methods and characterizing the method performance.

With the continued improvement in both the LC and MS technology and the increased experience of bioanalytical scientists, significant growth in the use of LC–MS for quantitative bioanalysis of large molecules is occurring.  It is now becoming clear that the combination of LBA techniques for highly specific sample isolation combined with the high specificity capability of LC–MS systems presents new opportunities for the field of bioanalytics.  This convergence is changing how these two scientific disciplines interact with respect to bioanalytical science, regulatory compliance, project teams, departmental structure/responsibilities and technological adoption.

Drivers for this convergence include increases in potency of biomolecular drugs, complexity of antibodies (e.g. antibody fragments, bispecific mAb, fusion proteins and antibody drug conjugates) and reliance on associated biomarkers with specific isoforms or post translational modifications.  An additional driver may be time-based.  LC–MS based methods don’t require a highly refined or selective reagent to provide early stage bioanalysis.  This is true for novel biomarkers as well as drugs that are still in early development and don’t have appropriate reagents available.

Three additional shifts that are bringing both LBA and LC–MS capabilities together are the explosive growth in monoclonal antibody therapies including antibody drug conjugates (ADCs),  adoption of LC–MS in high throughput clinical diagnostic laboratories, and use of biomarkers in drug discovery and development.  The latter two categories can be small molecule or large molecule.  However, most high throughput, high sensitivity methods for large molecule LC–MS require some form of ligand binding technology to ensure the cleanest sample possible and to achieve the highest potential for sensitive methods.

This convergence has resulted in the need for significant discussion around the appropriate regulatory requirements and implementation strategies. It is important that these discussions focus on both the similarities as well as differences of each technology.  These include how various groups interact with one another, organizational structures, standard operational procedures (SOPs), best business practices, sharing technical experience, etc [11].

The author would like to thank Bruce Stouffer and Edward Tabler from PPD and Kevin Meyer from Perfinity for their thorough review and assistance in the preparation of this commentary.