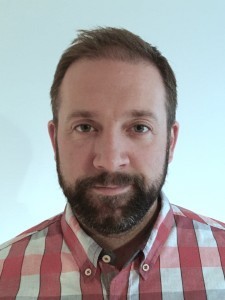 Jean-Nicholas Mess holds a master’s degree in Biochemistry from the University of Montréal (QC, Canada), where he studied protein interactions by tandem affinity purification in Arabidopsis thaliana, a model organism in plant biology. Since 2004, he has been working in the CRO environment as a scientist, scientific advisor and team leader where he was involved in method development of complex LC–MS assays. Over the last 6 years, Jean-Nicholas has been entirely dedicated to the targeted LC–MS and LC–HRMS based quantitation of peptides, biotherapeutic proteins and biomarkers in biological matrices. He has contributed to the publication of 12 peer-reviewed papers and more than 50 scientific posters on bioanalytical method development by LC–MS for both small and large molecules.

The expanding development of large molecule therapeutics, such as proteins and peptides, has concomitantly resulted in a greater demand for their quantitative bioanalysis through all phases of drug development programs from early drug discovery activities to late clinical studies. Due to their high sensitivity and throughput capability, ligand-binding assays (LBA) have long been the only option available to bioanalysts for the quantitative analysis of large molecules in biological matrices. Nowadays, depending on bioanalytical method-specific requirements, time constraints and reagent availability, liquid chromatography coupled to mass spectrometry (LC–MS) holds solid credibility to reliably quantify these therapeutic agents and represent an attractive alternative to solve the toughest analytical challenges. Notably, LC–MS-based assays offer great versatility and options from a plethora of different approaches for the precise and accurate quantitation of large molecules. This commentary will highlight key differences between conventional and hybrid LC–MS assays and will discuss common scenarios where hybrid assays can answer bioanalytical questions that conventional assays fail to.

For the purpose of this commentary, conventional LC–MS assays refer to methodologies that do not rely on specific, selective and high affinity reagents used for the extraction of the targeted analyte. An example of such workflows is a direct sample proteolysis without enrichment where all matrix proteins are digested to peptides (with or without pretreatment such as denaturation, reduction and alkylation) and analyzed by LC–MS. Variations of this approach may include a partial protein fractionation step, for instance protein precipitation, prior to digestion in order to somewhat clean-up the sample and/or to enrich the analyte in any given fractions. Finally, a more selective process involving solid-phase extraction (SPE) could be applied both pre and/or postdigestion, to extract intact proteins and signature peptides, respectively.

In contrast, hybrid LBA/LC–MS assays by definition depend on the selective capture of the analyte of interest from the biological matrix. This capture can be achieved using an analyte specific antibody, in the case of an immunoaffinity purification, or through any other high-affinity protein-protein or protein-ligand interactions. This can be accomplished at the protein level followed by enzymatic digestion of the purified protein and LC–MS based quantitation of one or more signature peptides. On the other hand, for proteins lower than 10 kDa the proteolytic digestion is more than often omitted and the proteins are quantified directly after their elution from whichever resin used in the affinity enrichment process. Alternatively, the proteins can be digested prior to the enrichment step, after which the resulting proteotypic peptides are purified using unique antipeptide antibodies followed by LC–MS analysis, such as in the SISCAPA approach.

Probably the most noteworthy characteristic of hybrid LBA/LC–MS assays is their ability to extract, concentrate and enrich an analyte from a biological sample in order to reach high levels of sensitivity and specificity. Although every protein is unique, they are all made from the same building blocks and may therefore share similar features. Hence, a major issue associated with large molecule quantitation is specificity. After all, most large molecule quantitation assays require that the protein of interest be separated from a complex matrix containing many proteins, many of which are present at much higher concentrations than the therapeutic protein. Conventional LC–MS assays often fail to provide this level of specificity. Partial protein fractionation or SPE are generic approaches that will coextract impressive amounts of endogenous proteins or peptides causing interferences or matrix effects. Depending on their design hybrid assays can definitively overcome these issues, all the while allowing analyte enrichment and concentration and therefore reaching LLOQ values 1 or 2 orders of magnitude lower than conventional LC–MS assays.

Moreover, conventional LC–MS assays mainly rely on chemical principles and will therefore provide what can be called a chemical concentration of the analyte in the samples. Very little information on the integrity or functionality (i.e., functional concentration) of the therapeutic agent can be drawn from such assays. The signature peptide, used as a surrogate measurement of the full-length protein, can originate from different species of the biotherapeutic (fully functional, truncated, unfolded etc.) and therefore might greatly overestimate the concentration of the true biologically active therapeutic agent. Although multiple signature peptides can be quantified from one biotherapeutic protein, there is no guarantee that these signature peptides will all arise from the same functional protein entity rather than from different truncated products of the biotherapeutic protein present in the sample. A properly designed hybrid LBA/LC–MS assay can adequately resolve these issues. As an example, a human IgG1-Fc fusion protein such as etanercept could potentially be captured using a protein A/G affinity that will target the C-terminal end of the protein. Following affinity purification and enzymatic digestion, LC–MS quantitation of a signature peptide near the N-terminal TNFα receptor domain of etanercept would give confidence in the protein’s structural integrity. Alternatively, numerous biologics (fusion proteins, mAbs, ADCs) can be purified using their biological target as the affinity-capture reagent. The purification of a therapeutic agent based on its binding to a biological target provides confidence that only the biologically active concentration of the therapeutic agent is reported. These few examples illustrate the flexibility and versatility of what hybrid LBA/LC–MS assays can provide. With the abundance of commercially available high-quality affinity reagents the only limit to a successful hybrid assay is the bioanalyst’s imagination.

As exemplified above, hybrid LBA/LC–MS assays offer important advantages. However, they also encounter several challenges and pitfalls most of which are shared with standard LBAs. Hybrid assays, just like LBAs, could be impacted by the presence of antidrug antibodies (ADAs) or any other endogenous binding partners that can interfere with the binding of the affinity capture reagent to the therapeutic agent. This may prevent the extraction of a subpopulation of the biotherapeutic and therefore may result in the underestimation of its concentration in the biological matrix. In contrast, most conventional LC–MS assays are not impacted by such biological interference since they usually involve early-on a proteolysis step that will disrupt any protein-protein interactions. Additionally, although high-affinity reagents are commercially available, for instance protein A/G beads, antihuman IgG antibody or any other monoclonal antibodies raising specific mAbs to be used as immunoaffinity capture reagents is a time consuming process that can take several weeks/months, which can delay the conduct of a study. Finally, although hybrid assays can be multiplexed (i.e., quantify multiple analytes simultaneously) as opposed to standard LBAs, their multiplexing capabilities is limited compared to conventional LC–MS assays that can quantify dozens, even hundreds of proteins simultaneously.

In summary, it is important to emphasize that there exists no universal, nor perfect analytical approach when it comes to large molecule quantitation. All LBAs, conventional LC–MS assays or hybrid LBA/LC–MS assays have their very unique strengths and weaknesses, advantages and challenges. Ultimately, it is the bioanalyst’s responsibility to assess whether the benefits of a technique overcome its limitations. The outcome of this scientific exercise might differ from one project to another, but should aim towards the same final goal: the development of robust and reliable bioanalytical assays able to provide precise and accurate concentrations of an analyte in a biological matrix.