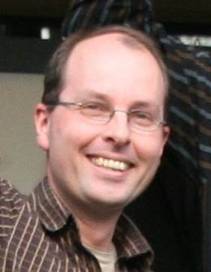 Matrix effects and approaches to properly manage them have become an important part of contemporary bioanalysis. Soon after the widespread introduction of LC-MS for small-molecule bioanalysis some two decades ago, it was recognized that the superior performance of this technique in terms of sensitivity and selectivity comes at a price. Even though components of the biological matrix typically do not show up in the chromatograms, their visual absence does not mean that they are not there, or that they cannot influence analyte quantitation. Ionization suppression by endogenous matrix components, particularly phospholipids, was identified as a major source of problems in quantitative LC-MS. Consequently, matrix effects soon became a topic of broad interest and much research was, and still is, devoted to possibilities to overcome the unwanted effects of the biological matrix. In addition, because of the importance of matrix effects for the reliability of LC-MS results, regulatory agencies require that the impact of matrix effects on LC-MS methods should be assessed.

This survey confirms the widespread acknowledgement of the importance of matrix effects. Almost all respondents refer to endogenous biological components such as phospholipids as an important cause of matrix effects in the samples they analyze. Still, considering matrix effects equivalent to phospholipids would be an oversimplification, because any constituent of the sample of interest may interfere with quantitation. Examples that were regularly mentioned in the survey are metabolites, co-administered drugs and components from the formulation or the sampling system. It is very important to realize that the effect of these compounds is not picked up by analysis of blank matrix which is spiked with the analyte only. This difference in composition between spiked test samples and incurred study samples might very well be a major remaining hurdle in overcoming matrix effects in routine analysis, with a risk that the effects pass unnoticed. Therefore, to fully understand the impact of matrix effects, these non-endogenous compounds will need to be added to test samples or, alternatively, incurred samples could be used for studying matrix effects.

The outcome of the survey also indicates that, after 20 years of experience, many researchers are confident that matrix effects can be adequately handled in most cases. The percentage of failing analyses due to matrix effects is reported to be 10 or below by a huge majority of the respondents. Rigorous sample clean-up and an efficient chromatographic separation are commonly applied to avoid co-elution of the analyte and interfering sample components, while the now widespread use of stable-isotope labeled internal standards also helps reduce the variability in analytical response due to the matrix. Cleaner sample preparation is considered especially important. In fact, the capability of eliminating or reducing interference from the matrix is regarded as the most important feature of a sample preparation method by the respondents to this survey, much more so than other aspects such as analyte recovery, throughput, sample volume needed and cost. Although mentioned much less frequently, it is important to realize that adapting the detection conditions by changing the ionization mode and/or polarity, can be an equally useful approach to avoid or reduce matrix effects in LC-MS methods.

There are multiple ways to assess the occurrence of matrix effects. Monitoring phospholipids and the investigation of ionization suppression by post-column infusion of the analyte are widespread and very useful tools in method development. The determination of the ratio of the analyte response in matrix and neat solutions, the matrix factor, is the typical approach in regulated studies. Interestingly, there is little consensus about an acceptable value for the matrix factor. Scientifically, it does not really matter, as long as the (internal standard normalized) matrix factor is consistent and does not differ between spiked and incurred samples. Many researchers use their own informal criteria for feeling comfortable with an assay and these seem to vary from person to person and situation to situation, with 0.8-1.2 being most regularly mentioned for the absolute matrix factor.

Finally, it should not be forgotten that LC-MS has no monopoly on matrix effects. Next to ionization suppression, the composition and properties of the biological matrix may affect analyte quantitation in other, more general ways, e.g. by adsorption, enzyme activity and effects on extraction recovery. In addition, other analytical techniques, such as ligand binding assays, suffer from their very own matrix effects by the interference from non-analyte matrix components, and these have to be overcome in a completely different way.

Cat and mouse: the analytical toxicology of designer drugs