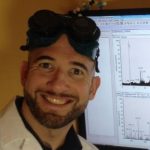 Almost nothing is known about the importance of protein PTMs in ALS disease progression. Ben Orsburn is inviting you to change that. In this editorial discover the #ALSMinePTMs community project. Think your pipeline or tools are the best? Prove it – and make a difference in doing so.

Prior to the global pandemic that became known as COVID-19, I started on a plan to test the current state of proteomic informatics through a community challenge. ‘Proteomics’ is a word I dissect a lot. It implies ‘all the proteins’ just like its cousin, genomics. As I’ve argued before, really measuring the whole proteome only very recently became a realistic endeavor, thanks to massive improvements in liquid chromatography–mass spectrometry (LC–MS) hardware capabilities. One might argue that the hardware is now mature. The exponential increases in speed and resolution that occurred between 2005 and 2015 seem to be leveling out.

Don’t get me wrong, the hardware is getting better, but this generation’s hardware isn’t twice as good as the last. The real weakness in proteomics right now? The data analysis software is holding the entire field back. This is probably counterintuitive if you look at the field right now. Most people would probably say we are almost drowning in software. A recent survey of the protein informatics tools available came back with around 1000 different pieces of software. 1000? Obviously, the programmers in proteomics aren’t slacking off. They’re writing stuff.

If you are identifying proteins from gel bands – you’re covered. You can use any of the software packages written in the 1990s for that purpose. However, you will find that these tools are inadequate and underpowered when it comes to quantification and PTMs, and specifically when applying both to larger studies. To process this kind of data you’re going to need to step out of your comfort zone and away from your trusty Windows 95 PC and get with some modern software – but which one?

Hey – don’t ask me, I don’t know either, I’ve got my favorites, but I don’t know that they’re the best. Maybe we could figure this out as a field? To test this, I proposed a community challenge. The goal would be to start with the same large set of files and mine this data for PTMs and quantify everything. My hope was that the developers of some of today’s new software would sign up and we’d battle it out. The winner gets featured in some papers, featured in upcoming webinars and – important for some people – bragging rights.

While we’re at it, could we try and move the world forward in some way? Dr Michael Bereman is a professor at North Carolina State University (NC, USA) and one of the best young mass spectrometrists in the world. This is a literal fact. I was in the audience when the American Society of Mass Spectrometry gave him an award that said something like that on it. Scientists all over the world use tools he designed in their workflows, whether they know it or not, since they’re integrated into the popular Skyline software and other tools.

As some of the community knows, Michael was also recently diagnosed with Amyotrophic Lateral Sclerosis, also called ALS or sometimes, Lou Gehrig’s disease. ALS is a disease with no current cure and extremely limited diagnostics. Although some cases appear to have a genetic component, most diagnoses appear to arise spontaneously. When a disease arises spontaneously, we often assume that it is a protein disease likely due to environmental factors modifying important proteins in some way. Following his diagnosis, Michael and his lab kept working, but they shifted focus to study this poorly understood disease. Until they started putting out absurdly high-quality data into public repositories, little proteomics had been performed on patients with ALS. By far, the best examples to date have come from the Bereman lab, including a recent clinical study featuring proteomics of the cerebrospinal fluid and plasma of ALS patients and matched controls that recently appeared in Nature Scientific Reports.

Today, almost nothing is known about the importance of protein PTMs in ALS disease progression. So here is our chance to dig in, as a community, to address the unknown and to see if we can find anything to help push ALS research forward. If there is a more meaningful set of samples or biological problem for this challenge, I can’t think of one.

Two months ago, we issued the challenge. With the help of some enthusiastic judges and a couple of students to help pull the logistics together, the challenge somehow began to coalesce around the hashtag #ALSMinePTMs, and the name stuck.

The response from the proteomics community was more than we’d even hoped – even before COVID-19 locked most of us in our homes with our computers. To date, scientists from over 30 separate institutions around the world have signed up and downloaded the proteomics files and results from a few groups have come in ahead of the current May 1 deadline.

This editorial is intended to be an invitation and a challenge. For other scientists who are just now hearing of #ALSMinePTMs, the files are still available and there is certainly still time. Need a break from thinking about COVID-19? We’d all be excited to see what you could do and what you could find in these files.

You can sign up by emailing LCMSMethods@gmail.com, or by going to our website, www.LCMSmethods.org and downloading the files.

If you aren’t good at processing proteomics data, or if that new software you talk so much about isn’t up to the challenge, I understand. We’re trying to find the best of the best here. It’s important. If you think your pipeline or tools are the best, here’s your chance to prove it. 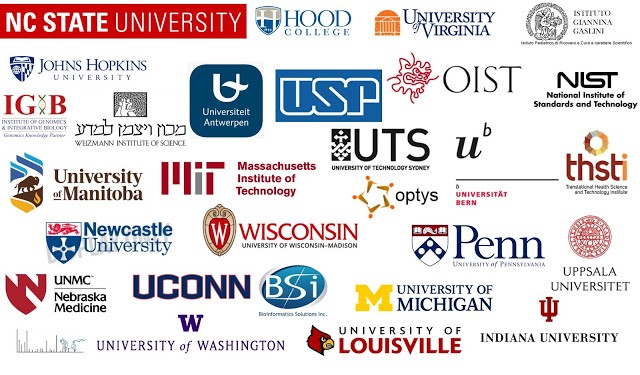