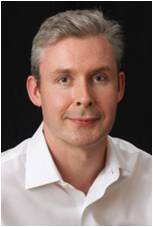 Robert MacNeill received his Bachelor’s degree with Honors in Chemistry from Heriot-Watt University then his MSc in analytical Chemistry from the University of Huddersfield, both in the United Kingdom. Robert is also a Chartered Chemist and Member of the Royal Society of Chemistry. With 18 years of experience in all aspects of quantitative bioanalytical LC–MS/MS method development, nine of these years heading method development activities within HLS/Envigo, and a regular author and peer reviewer for the journal Bioanalysis, Robert is a recognized expert and innovator in the field.

In his current role Robert coordinates all LC–MS method development and associated training, takes the lead in keeping abreast of innovation and technological development in the industry, coordinating in-house research projects and technical writing.

In this installment of Robert MacNeill’s (Envigo) column, Robert poses the question: How analogous can solid-phase extraction and analytical liquid chromatography be?

This is a question to which there is no simple answer, and thus affords good material for discussion, particularly with the ever-impressive march of technology.

In the early 1990s, it would have been fair to state that the analogy was only valid in terms of the presence of a stationary phase, a packed sorbent or chromatographic bed, and a mobile phase, flowing either via gravity or positive/negative pressure, or pumped with accurate and precise control. The fundamental chemical and steric processes that govern band migration were also valid. Nothing more could be claimed in terms of this analogy and this is because of the nature of the stationary phases used for each. Analytical liquid chromatography used typically 5 µm particle size, whereas SPE used 10-times this size at best. This stark difference in particle size was key in the efficiency contrast. The quality of the packing and the particle size distribution, especially linked to the presence of fines in SPE, gave more potency to the difference. Therefore, it was mainly in terms of efficiency, and how this consequently affects resolving power, that was the decisive factor. Couple this with the typical lack of flow rate control in SPE and you have two techniques that are only similar in their fundaments, and operate in very different contexts, albeit complementing each other in attaining the same ultimate goal, i.e. constituting different parts of a complete bioanalytical method.

I wonder if we can now state that, in the current state of affairs, there is more of a true analogy. To put efficiency thoughts aside for the moment, at least in terms of the chemistries used as bonded phase on silica there is certainly an analogy between LC and SPE, in that C18 is the most abundantly used. However, there are the likes of alumina, Florisil and graphitic carbon that are used in SPE but a lot less in LC. Also, a shift has been made towards polymeric sorbents rather than silica in SPE, as alluded to in one or two previous instalments of this column. On this note, returning to efficiency considerations – the polymeric material is actually more amenable to good packing quality, better withstanding of packing pressure, and there are reduced concerns about the presence of fines. But improvements have been made in general terms to SPE sorbent production.

Improvements in efficiency are most pronounced. In the previous commentary, brief allusion was made to the widely-perceived ‘switch on – switch off’ idea of SPE operation, rather than viewing as a migratory chromatographic process. This notion seems to focus on manipulating selectivity rather than dwelling on efficiency aspects in order to achieve a clean, high-recovery extraction. The ‘switch on – switch off’ way of looking at SPE was convenient and entirely justifiable with the typical packing characteristics of years gone by, but is something that is becoming less valid as the quality and nature of packed beds changes. In the late 1990s, for instance, microparticulate SPE came along, using 10 µm particle size, much more akin to analytical LC. This never seems to have taken off in earnest in the world of bioanalysis, but is still in some degree of popular use. Further to this, albeit slightly tangential, the µElution design that burst onto the bioanalytical scene approximately just over a decade ago, with a narrower sorbent channel among other intelligent design features, also advanced the quality and performance aspects and expectations within SPE. The introduction of the µElution format was a wonderful step forward in sample preparation and remains unambiguously extensive in its popularity and use.

Probably the best comparative means for SPE towards LC, best exemplifying true analytical performance with reproducibility, is in the form of contemporary manifestations of online SPE. Recent applications and technology are impressive, and it’s threading its way into the realm of fully validated methodologies where this would be unheard of even just a few years ago. In the regulated lab, where application of online SPE has classically been largely for the non-audited areas of sorbent screening in method development, or sometimes to set up, in the context of discovery methods, a dual column system with an SPE cartridge catching the initial injection and, after washing, subsequently backflushing onto an analytical column, the outlook is changing. There is now access to 3 µm particle sizes in high-pressure online systems, with up to the likes of only 9 mm cartridge length and otherwise very low extra-cartridge system volume, resulting in performance akin to true chromatography with the inferred resolving power and reproducibility. There will undoubtedly be much more that we soon hear about online SPE in the literature, webinars and conference circuits.

As a final thought, we in the bioanalytical community have an inescapable awareness of LC columns featuring superficially porous particle technology, sometimes referred to as core-shell, which has already become abundantly used in the industry, and for good reason. At first glance, thinking on this specific comparison, it constitutes a hurdle to being able to claim any more of an analogy between SPE and LC. However, can this technology be translated to SPE, and would that be a good idea? Surely it can, given adequate demand, and it would seem there are very good reasons why it would be. Theory and practicality may disagree, on the other hand, but altogether this may be good fruit for a further treatise.

MARS: bringing the automation of small-molecule bioanalytical sample preparations to a new frontier

A validated micellar LC method for simultaneous determination of furosemide, metoprolol and verapamil in human plasma