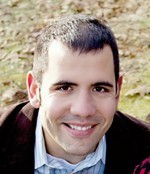 Brian Rago is a Scientist in the Large Molecule LC-MS group in the Department of Pharmacokinetics, Dynamics & Metabolism at Pfizer Inc. He attained his Master’s degree in Biology from Brown University and joined PDM as a bioanalytical scientist in 2007. He joined the large molecule bioanalytical group in 2012 and has been focusing on ADC support since then.

Could you tell us a little about your career to date?

I joined Pfizer in 2003 and spent a few years in an analytical role, before joining the ADME department in 2007. I spent 5 years supporting small molecule ADME in an LC-MS group. We focused on automation and technology as we streamlined our analysis. I spent some time additionally supporting biomarkers, and also helped evaluate DBS as a platform for our team. I moved into the large molecule LC-MS group in 2012 and have been focusing on ADC bioanalysis ever since.

In your opinion, what are the main challenges when analyzing ADCs?

The main challenge with ADC bioanalysis is the complexity of the molecule. It takes several analytical techniques to gain an understanding of the PK of this moiety. When you combine that with the fact that we are usually dealing with a matrix sample, it further complicates things. A typical ’straightforward‘ payload analysis can be complicated by premature release of payload from the ADC based on your extraction methodology or starting material.

Intact protein analysis of the ADC is also complicated with thorough sample preparation techniques where you again want to minimize the modification of your ADC in matrix during deglycosylation and immunocapture. The analysis is further convoluted by the data processing of the intact mass spectra which is quite challenging and not as straight forward as most small molecule LC-MS users might be accustomed to.

What forms of the ADC does your laboratory analyze?

What instrumentation do you use for the said analyses, and what are the advantages and limitations with this approach?

Our workhorse instrument for DAR is our QTof that enables us to measure the intact protein and establish a DAR value. We have capillary flow capabilities and are also using the microflow LC ionKey/MS interface from Waters.

The main advantage to the analysis performed on the triple quadrupole MS is the ability to have a very reproducible and quantitative method that is typically straightforward to execute. Intact protein analysis does not have the ability to be quantitative analogous to a traditional small molecule tandem quadrupole assay. This is mainly due to the process of reconstruction of the intact mass data and the difficulty of establishing a reliable internal standard and standard curve for each DAR species. Thus, we are only generating an average DAR value at each time point and tracking that throughout a sample time course. The benefit of the DAR assay is the ability to identify any alteration of the payload that is occurring while conjugated to the ADC. If any linker payload fragments are appearing over time due to premature cleavage, this is also readily apparent with this instrumentation. A limitation of the triple quadrupole assay is that it does not have this capability of being able to readily detect conjugated payload changes or premature cleavage of payload so this would be overlooked with that tool.

What other groups in your organization do you work with?

We work closely with many other groups. Specifically within our department, we collaborate with ligand binding, PK/PD modeling and small molecule biotransformation. We also work very closely with our chemistry colleagues to assist in structure activity relationship as ADC payload/linker/conjugation conformations are tested.

What is your opinion on measuring intact therapeutic versus a surrogate approach when assessing the drug to antibody ratio? Where is the industry headed in this regard?

I think the intact protein measurement brings with it rich information that is more easily attained than with any other assay. Changes to payload while still conjugated can be identified, as can linker payload fragments that occur from premature cleavage of payload. This gives the bioanalyst and the chemist critical insight into the behavior of an ADC in vivo or in vitro. This is much more challenging to obtain when you are looking at a surrogate method, such as a bottom-up peptide quantitation approach. However, the latter method has the ability of being validated, which is a significant advantage. The bottom-up peptide approach is an assay that currently can be validated and utilized to analyze GLP and clinical samples. The intact protein would be much more challenging to bring to the regulated space due to the lack of an internal standard and ability to quantitate. Ultimately I think each has their relegated place depending on which area of drug discovery/development you are considering.

ADCs are notoriously hard to analyze – how do you believe the analytical community can work to improve assays for ADCs?

Also I think it’s important for industry to continue to work closely with the vendors as the challenges associated with processing intact protein data can be improved with software enhancements that are yet to be implemented.

What impact do you envisage ADCs having on the field of immunotherapy?

I think ADCs are already having a real impact on the field, as evidenced by the overwhelming number of compounds that have entered the clinic in the last few years. I think the use of these agents as part of a combination approach with immunotherapeutics is another exciting area that is just starting to be utilized.

Pharmacokinetics of diphenylboroxazolidones of L-α-amino acids with activity on the CNS: quantification in rat DBS by UPLC–MS/MS

The Waters Bioanalysis World Tour: Insights into the Next Decade of Regulated Bioanalysis