In this column instalment from Robert MacNeill (Covance, NJ, USA), he explores solid-phase extraction and how it’s so often a critical component of quantitative bioanalytical LC−MS methods especially for biologics like peptides and oligonucleotides. 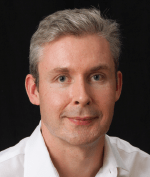 Most who are familiar with my favorite bioanalytical techniques will know that I have a huge interest in solid-phase extraction (SPE). Thank goodness for SPE too. It’s so often a critical component of quantitative bioanalytical LC−MS methods especially for biologics like peptides and oligonucleotides. It has been known to effectively deliver a stunning ‘crane kick’, winning the selectivity battle on many a high-stake occasion.

Whereas protein precipitation only shows ‘no mercy’ to the larger albumin-type proteins, eliminating only these from a plasma sample, and liquid-liquid extraction can ‘give a body bag’ to a broader range of interferences, SPE has the flexibility to knock down a number of prominent bad-guy interferences in just two or three steps. Mixed-mode chemistry brings it to a pinnacle of discriminating power. At least two underlying retention mechanisms form the ‘strong roots’ of the technique, allowing potent washing as long as one retention mode remains active. One of these modes is inescapably electrostatic, allowing ion exchange, and this is where the use of rhetoric like ‘switch on’ and ‘switch off’ is found, as it pertains to the moiety’s capability to hold a charge or be neutral, depending mainly on the pH of its environment.

I recall when weak anion exchangers (WAX) and weak cation exchangers (WCX) first made an appearance in the early 2000s, against a historical backdrop of strong (always fully ionized) for both polarities having seemingly always been available. The WAX and WCX were revelatory – by switching off their charge via simple well-defined pH excursion, we could release our compounds of interest, after washing to our heart’s content, in very predictable and reproducible workflows. The use of strong exchangers would not be so uniform since it would have to be the charge on the analytes that is neutralized, and that of course is compound dependent.

When I first encountered the challenge of reliably quantifying oligonucleotide therapeutic candidates a few years ago, I knew that using WAX in the SPE had to be a prominent option. This is because of the phosphate backbone of these entities, possessing a huge proclivity for adopting multiple negative charges. If we could use the ‘on’ and ‘off’ to effectively bind and later release the oligonucleotides, and in theory it would work, it would be a great ‘tweak on the nose’ to that part of the challenge. From the beginning to the end it did work, but that was one aspect among a few very important others in the SPE that had to be looked at closely. Where there was a ‘WAX on, WAX off’, there was always at least a ‘paint the fence’ and ‘sand the floor’ to practice and perfect as well!

One very important point appears to be the loading conditions, including total packed sorbent weight, pH and flow rate, also how much the sample is diluted. All this is reckoned to be directly linked to the utter lack of hydrophobic retention that these most vigorously polar of entities can engage in, whilst not in the presence of ion-pairing reagents. This means that there is a certain critical reliance on the electrostatic interactions forming effectively at the load stage in order to avoid significant breakthrough, whilst pH can simultaneously be adjusted to give a potentially pivotal sliver of hydrophobic retention. As such, we need to take measures to maximize the opportunity for the ionic interactions to set in. Being ionic, they are high-energy, far more energetic than the accordingly quick-forming hydrophobic interactions that most other classes of compounds enjoy in at least some abundance and which are typically first to manifest and front-line in breakthrough prevention. High-energy interactions take time to manifest properly. For instance, the flow rate needs to be very slow and steady, the sample diluted adequately. Then, when it comes to the final stage of elution, the same principle comes into play. A step designed to effectively and reproducibly disrupt the ionic interactions, using analogous principles as just described. So ‘WAX on, WAX off’ is at the heart of the workflow, but it does have a few nuances.

Then, of course, how will chromatography and MS face up to the extracts? This is another story for another time. Fortunately, it is helped by the innate cleanliness of well-optimized SPE, coupled with the ability to reconstitute in any given composition that does not compromise solubility. There won’t be any distasteful ‘sweep the leg’ going on here. Evaporation and reconstitution does not seem to be an issue with the oligonucleotides we have come across, as it is for many peptides.

In any case, once this is achieved for a given oligonucleotide application, the feeling is good enough to bring you to that All-Valley tournament and make an impact!

Disclaimer: the opinions expressed are solely my own and do not express the views or opinions of my employer.