Webinar Q&A follow up: lowering the LC–MS/MS assay quantification to 50pg/mL for ranibizumab

Thank you everyone who attended our webinar ‘Lowering the LC–MS/MS assay quantification to 50pg/mL for ranibizumab in human plasma after intravitreal administration’ in association with SCIEX. Below are responses to the questions posed by our audience during the live event. We hope this is a useful resource and thank those who submitted these thoughtful questions.

(Q) It is good to have LLOQ to 0.05 ng/mL. What is the therapeutic range of ranibizumab?

(Q) In case of improving sensitivity, wouldn’t it be easier to use micro/nano flows instead of waiting for the development of a more sensitive mass spectrometer?

(Q) The last time I checked FDA guidelines were 20% LLOQ and 15% all others. Please can you advise which reference you used for the indicated %?

For LC−MS/MS methods, which use an immunoaffinity capture step, we use the LBA criteria (for percentages), which is 25% LLOQ / 20% all others. Since this is a hybrid technique, some elements from the LC−MS part of the guidance are required (such as matrix factor and recovery), while the LBA percent criteria is being followed. This is supported by the recommendations set forth by the 2014 White Paper: Jenkins R, Duggan J, Aubry J et al. Recommendations for validation of LC−MS/MS bioanalytical methods for protein biotherapeutics. The AAPS Journal, 17(1), 1–16 (2015); https://doi.org/10.1208/s12248-014-9685-5.

(Q) If ADA can be detrimental to the ligand binding assay, is there any chance that your enrichment step is also affected?

There is a possibility that the enrichment step can be affected by ADAs. Because the enrichment step can use less specific capture reagents, and we only use one binding site, so there is much less of a chance of this affecting hybrid LC−MS/MS methods. Based on our data, ADAs do not appear to have a negative effect on our assay, as expected for a fab fragment. But this is something that must always be carefully evaluated during development of this type of method.

(Q) Could you use a stable isotopically labeled antibody/fragment (such as SilumAb) as a digestion control? (Even if it was a different peptide it would control for digestion and the tricky transfer steps).

This is something that can be evaluated during development. It depends on which part of the process needs to be tracked most importantly. Something like SilumAb, would potentially track digestion, but since they are not very similar, it probably wouldn’t have the same digestion efficiency, and it still wouldn’t track the capture step and it couldn’t be used to normalize the instrument response, which in this case was much more valuable for reproducibility in this assay. However, something like a winged-peptide-IS could be used in the future to further track the method, including the digestion step. In our case, this was not seen as necessary, as the peptide-IS actually worked quite well. During the original validation, the digestion step was evaluated, and was determined to be consistent at all levels.

(Q) Does VEGF or other interference in matrix affect the immunocapture step?

There is a possibility that the enrichment step can be affected by VEGF. Because the enrichment step can use less specific capture reagents, and we only use one binding site, there is much less of a chance of this affecting hybrid LC−MS/MS methods. Based on our data, including evaluation of the addition of excess VEGF (0.25 and 2.5 ng/mL), far higher than the expected concentration in healthy (0.1 ng/mL) or disease state patients (0.5 ng/mL)) and a dissociation step (determined to not be needed), it does not appear to have a significant effect. But this is something that must always be carefully evaluated during development of this type of method.

S/N of 10 may be required in some realms. While a minimum S/N 5 is targeted, however, in this field of bioanalytical method validations, this is not a requirement. As long as the method is able to reproducibly and accurately quantify the samples, based on the FDA validation guidance experiments, the method is considered validated and usable, regardless of S/N.

(Q) Was reduction, alkylation and digestion performed on-bead, or was the intact drug first eluted? If it was eluted first, what was elution solution and was any clean-up required prior to addition of Rapigest?

Denaturation, reduction, alkylation, and digestion were all performed on-bead. A multi-screen filter was used to remove the beads from solution. Since HCl was added to stop trypsin digestion, no further clean-up was required for Rapigest. We did not encounter any problems with Rapigest on the system.

(Q) How can you address the non-specific binding of the peptide in eluate around LLOQ levels?

While this validation did meet the criteria set forth by the FDA, if non-specific binding issues, as seen in lot 4, are persistent, re-development of the method may be necessary, though as of right now are not expected to be needed. Two ideas come to mind: increasing capture reagent concentration so the competition may lean towards the bond we are interested in; or possibly adding a dissociation step prior to the immunocapture step. This was evaluated during the initial development and deemed unnecessary at 300 pg/mL but may suit the 50 pg/mL method well.

(Q) Thanks for sharing the data. Any reason specificities were done with 75pg/mL and not 50pg/mL?

During our initial project design, we had 75pg/mL as the back-up LLOQ. We prepared all of the samples at the same time and extracted only a day apart. Due to limited availability on the system, we designed the fortified specificity evaluation with the spike at the back-up LLOQ in case this ended-up being the LLOQ, to allow the data to stand on it’s own without having to re-evaluate only fortified specificity.

(Q) Regarding your enrichment step – is this specific to Avastin?

Yes, that’s correct. At the time of the initial development of this method (for the original validation), there was not a commercially available antibody for this capture format for ranibizumab, so we evaluated Bio-Rad HCA182, which is specific to bevacizumab (Avastin). Since they have the same site of action, it was possible capture ranibizumab with this capture reagent. Bio-Rad now has capture antibodies specific to ranibizumab, and it would be interesting to see if that improved sensitivity of this method in the future! For the comparison, we didn’t want to change anything except for the MS to be as close to the original method as possible. So, we have not yet evaluated the ranibizumab specific capture reagent.

(Q) What was the validated LLOQ for the ligand binding assay?

I am still in the process of validating the LBA (for comparison only, at this point). It appears that the LLOQ will be somewhere around 1.5 ng/mL or possibly higher, using ECL.

(Q) How is your carryover for this assay?

Carryover was a real concern in this assay, as is common with proteins and peptides. We had the normal wash step in each injection as part of the gradient. But beyond that, we also added two matrix blanks after expected high samples and completed a full cleaning procedure after each run to further reduce carryover in future runs.

(Q) For your internal standard, why did you use F-labeled not R at the c-terminal? Is there any advantage to use this kind of label site?

We had no specific preference on our label, so we asked the manufacturers of the peptides, Elim. Labeling F, A and V have the lowest starting cost, leading to reduced cost and faster turnaround time on the final peptide. This label was able to shift the mass of the peptide enough to function as a good SIL-IS. Although, labeling R is more expensive compared to labeling F, A, or V, it ultimately reaches the same goal, so there was no benefit to using R over F in the case.

(Q) Have you ever tried upping the flow rate to shorten the method? What are the liabilities in doing so?

During the original method development, we did investigate higher flow rates. While this provided some improvement on sensitivity, it was not enough to lower the LLOQ reproducibly or decrease the method time (shortening the method time moved a separated interfering peak directly to the same retention time of the analyte). The gains from increasing flow rate were not strong enough to warrant the reduced column life. As the flow rate increased, the pressure increased close to the pressure limits of our pumps. In this case, since the improvements were limited, it did not seem worth further investigation with more specialized pumps.

(Q) Without using shallow and extended gradient, could you achieve 50.0 pg/mL LLOQ with SCIEX 7500?

(Q) Is there any other biological matrix this method was used for? How about using this method in breast milk?

Currently we have not developed this specific method for any other matrix, using the 7500. During the original development (6500), some investigations were done using vitreous and aqueous humor, with success after minimal modifications. Based on breast milk composition, I would think this method would work as is; but to be certain, I would need to investigate further in the lab (especially with regards to potential non-specific binding). Depending on the matrix, some modifications may need to be employed, but this will provide a good starting point.

At PPD, we do currently have several 7500 systems, and it is possible for us to review proposals for method transfers on this platform, at this time.

(Q) How would you comment on the selectivity comparison with LBA, since LC−MS also uses immunocapture for sample extraction?

Selectivity on LC−MS/MS is notably higher compared to traditional LBAs. While this hybrid LC−MS/MS technique does use an immunocapture step, it is less specific and only uses one bin ding site. This step is meant to clean-up and enrich the sample. Some other components may remain in the washed sample. The main selectivity gains are achieved from the liquid chromatography separation by hydrophobicity, and the MRM MS/MS detection, which is able to distinguish the analyte via mass-to-charge ratio of both the precursor and product ions.

(Q) With SCIEX 7500, how much sample volume do you use now for your assay?

I have not worked with SCIEX 4500, but we have seen some success in using SCIEX 4000 or even more so with the 5000 (and 6500). If the LLOQ for your study needs to be very low, it will probably not be possible using the SCIEX 4500, depending on the complexity of the matrix.

We did not evaluate quadratic 1/x2 regression during comparison with the QTRAP 6500+. However, quadratic regression in multiple forms, including 1/x2, was evaluated during the original method development. It was determined not to improve the sensitivity in this specific case. The peaks were not distinguishable from noise below this level, so it was not able to improve the LLOQ, or correlation coefficient. 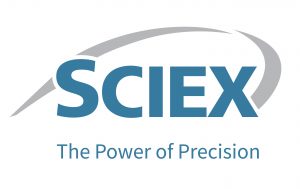