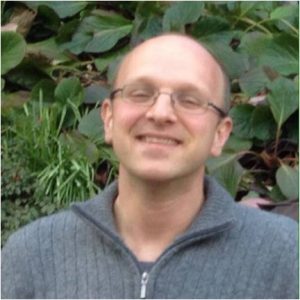 Carsten Krantz studied Biotechnology at the Mannheim University of Applied Science. After this, he moved to Basel to do a PhD in Glycobiology at the Friedrich-Miescher Institute. In 2010 he joined Novartis as a lab head to set up a mass spectrometry laboratory for Biologics. Within Novartis he introduced techniques like hybrid LC–MS/MS in a regulated DMPK environment and routinely conducts pre-clinical and clinical pharmacokinetic and pharmacodynamics studies for large molecules by LC–MS/MS.

For the past 3 months at Bioanalysis Zone we have been focusing on LBA/LC–MS, covering the development of LBA/LC–MS technologies, benefits of the techniques and more. In conjunction with this spotlight focus we conducted a survey to gain insight into how you use this technology and the regulatory environment you work in. The survey addressed methodological practices followed in LBA/LC–MS, including acceptance criteria used for drug analysis and much more. In this commentary Carsten Krantz provides a summary of this recent survey.

Ligand-binding assay (LBA) and LC–MS/MS technologies are widely used in the bioanalytical field for the analysis of small or large molecules. While LBA technology has been used for many years for quantification of proteins or biotherapeutics in biological matrix, LC–MS/MS has recently come more into focus as a valuable tool for the bioanalytical scientist to answer specific questions that were previously unaddressed.

LC–MS/MS brings several advantages including short assay development times, high selectivity and specificity, less stringent need for critical reagents – although may suffer from a lack of sensitivity due to a highly complex matrix that interferes with sensitive detection of the surrogate peptide.  In order to minimize this problem, scientists have combined the specific detection of a mass spectrometer with the highly selective functionality of a LBA.

In these immunoaffinity LC–MS assays (also known as hybrid LBA/LC–MS assays), a specific binding reagent coated to a solid matrix is used as a bait to specifically pull down the analyte of interest. Unbound small and large contaminants can be removed by washing and the analyte of interest is selectively captured and subsequently quantified in a mass spectrometer. Useful capture reagents for hybrid LBA/LC–MS assays include generic reagents that selectively capture species–specific immunoglobulin, target protein, anti-idiotype antibodies, binding proteins and receptors. Alternatively, the capture can be performed with an antipeptide antibody reagent when samples are predigested.

In order to gain further insights into the use of hybrid LBA/LC–MS assays among bioanalytical laboratories, Bioanalysis Zone recently conducted a survey. Of all the individuals who took part in the survey, the majority (72%) from North America, 24% from Europe and 4% from Asia. Half of the participants work in pharma (36% in large companies and 14% in medium to small sized pharma companies), 23% come from a CRO or CMO, 13% work in the Biotechnology sector and 5% represent either an equipment vendor or are working in a different field (e.g., large biopharma, consumables and equipment vendors or agrochemical and seeds). Strikingly, only 4% of all participants belong to academia, highlighting that essentially all research and development in hybrid LBA/LC–MS is done with an industrial perspective.

Among responders who use hybrid LBA/LC–MS assays, 44% describe themselves as a manager or director and 20% have a leading position within their company (Director, CEO, VP). On the laboratory level, 32% of Scientists/Chemists but only 2% of technicians use these assays. When asked where hybrid LBA/LC–MS assays are applied the majority answered they are analyzing peptides (44%), mAbs (50%) or ADCs (44%) or therapeutic proteins (61%). Fusion proteins (26%), protein biomarkers (36%) endogenous analytes (19%) and oligonucletides (6%) were mentioned less frequently. Interestingly, these analytes are measured predominantly in a discovery or preclinical setting (22% early discovery, 17% late discovery, 24 % preclinical IND enabling Tox studies). Approximately 30% of hybrid LBA/LC–MS are used in early clinical development and only 7% in late Phase III studies, indicating that hybrid LBA/LC–MS is still a relatively new assay format. It will be interesting to see if we will see more clinical applications as projects move through the pipeline.

The notion of a rather young technology that still needs to find its niche in the bioanalytical laboratory is reinforced by the survey result indicating that for many of the labs (43%) hybrid LBA/LC–MS represents only one-quarter of all LC–MS assays (hybrid LBA/LC–MS and conventional direct assays). Only 18% of the labs have half of their LC–MS assays in the hybrid format and only 8% use more than three-quarters or all their assays with hybrid LBA/LC–MS. Nevertheless, just 23% of labs use exclusively conventional LC–MS assays, indicating that hybrid LBA/LC–MS have been introduced in the majority of laboratories. The predominant application for hybrid assays is PK/PD studies to determine the drug (76%) or the drug target/biomarker (46%). Many survey responders (42%) indicated that they apply these assays for other drug-related studies in the DMPK environment, 14% use hybrid LBA/LC–MS in precision medicine and 21% to answer safety-related questions. Despite having many similarities and being applied for similar purposes, interestingly in only 56% of all cases are LBA and LC–MS capabilities under the same management.

Regarding the procedure for the hybrid LBA/LC–MS, a key issue to address is the internal standard. Forty percent of responders apply a SIL protein or, if available, a protein analog (28%; e.g., from another species) that can be spiked into the sample and is thus exposed to all assay steps. However, a protein internal standard is not always available and 57% of responders use a stable isotope-labeled form of the surrogate peptide or alternatively an analog of the surrogate peptide. Interestingly, only 21% use a stable isotope-labeled peptide with additional amino acids (i.e., flanking or winged peptide) that are removed during digestion. Apparently, it is believed that these extra amino acids do not have a major advantage compared with conventional SIL peptides.

The preference for a full SIL protein is reflected also in the answer that 56% of responders would select a SIL protein if available. Here, just 24% would prefer SIL peptides, only 12% would go with a peptide analog and only 8% or 7% of all responders would use a protein analog or a flanking SIL peptide. Depending on the binding epitope of the capturing reagent, the immunoaffinity capturing applied for hybrid LBA/LC–MS can be at the protein or the peptide level (SISCAPA approach). The majority of responders (62%) prefer the immunocapture step on the intact level prior to enzymatic digestion, only 5% choose an immunocapture approach after digestion. A so-called double hybrid LBA/LC–MS – a capture at the intact analyte level followed by digestion and subsequently a second capture on the peptide level – is preferred by 16%. Seventeen percent of responders specified that they usually use none of these steps, which could indicate the preference for a direct or conventional LC–MS assay.

Besides the capturing reagent, an important step for a hybrid LBA/LC–MS is the question of whether the captured proteins are digested directly on the beads together with the capturing reagent or if the bound proteins are first eluted and then digested. The latter usually gives higher sensitivity but introduces an elution step and a possible need for pH neutralization prior to the digestion, all steps where losses may be incurred. Nevertheless, 52% of all responders prefer to elute and digest, whereas only 26% prefer to digest directly on the beads. A small minority (7%) of responders go a step further and dry-down the eluate prior to digest. Fifteen percent of responders use none of the above mentioned steps.

Since a large molecule LC–MS assay is completely dependent on efficient release of the surrogate peptide, the enzyme used is clearly very important. The enzyme of choice is trypsin, but there are many different preparations of trypsin on the market that differ in their purity, residual activity of chemotrypsin, or auto-proteolytic activity. A majority (53%) of all responders use a high-quality trypsin e.g., Trypsin Gold. The unprotected lower grade (but more affordable) bulk trypsin is preferred by 18%. Fifteen percentprefer a combination product e.g., Trypsin/LysC and 7% either use site protected trypsin to prevent auto-proteolysis or some other enzyme source.

Similarly to small molecule LC–MS, triple quadrupole mass spectrometers combined with a conventional HPLC or UPLC are the most common used systems for hybrid LBA/LC–MS. The majority of all responders (64%) use these quantitation workhorses. High-resolution MS like Orbitrap or Q-TOF combined with these LCs are used only by 12% of survey responders. Fourteen percent attach a micro or nano LC to their QqQ and 10% use these LCs in combination with a high-resolution instrument. When it comes to acceptance criteria, 33% use the LBA 4-6-20 (25% at LLOQ) criteria. Around a quarter of all responders apply the small-molecule 4-6-15 acceptance criteria (20% at LLOQ). Thirty eight percent are not biased by either small molecule LC–MS or LBA criteria but rather use a case-by-case base tailored to the application of the assay. A crucial experiment to evaluate robustness of any bioanalytical assay is the ability to reliably remeasure study samples. For these so-called incurred sample reanalyzes (ISR), 34% of all survey responders apply the small molecule acceptance criteria (2/3 of all samples within 20% of the mean) and 31% use the LBA acceptance criteria (≤30%), and 35% respondents indicated that currently no ISR is performed.

When asked where participants see the main limitation of LBAs, 68% responded that the requirement of specific antibodies constitutes a major drawback. These tool antibodies usually require a substantial amount of time to generate, which is a problem for 67% of survey responders. Additionally, 42% of responders highlight the limited selectivity and multiplexing functionality of most LBAs. Thirty percent believe that matrix interferences – which are often encountered in LBAs – constitute a major disadvantage.

Interestingly, only 18% indicated cost as a drawback of a LBA. When asked a similar question about disadvantages of conventional LC–MS assays for large molecules, the majority (70%) responded that an inherent problem of these assays is insensitivity when used without further enrichment tools. Forty two percent believe that the complex sample preparation of conventional LC–MS/MS assays is a main limitation. In the absence of an immunocapture step, the analyte measured is the ‘total’ concentration, which may or may not equate to the pharmacologically relevant concentration, and 37% of survey responders see this as a main limitation of conventional LC–MS/MS assays.

About a quarter of survey responders see the lack of regulatory guidelines (26%), or the required expertise to run such an assay (25%) as a limitation. Similarly 25% of survey participants believe that conventional LC–MS/MS assays are still a developing science. Lack of experience at CRO (14%) or limited throughput (18%) were also considerations. Only 4% stated uncertainty regarding setting acceptance criteria constitutes a problem.

To improve the advantages of these assays even further, 77% of responders believe that kits or automated processes would help in the work. Finally, 91% of survey participants indicated that they believe the proportion of hybrid LBA/LC–MS will increase in the next 3–5 years and that quantification and quantitative analysis of target engagement for biologics will become a significant growth area for hybrid LBA/LC–MS (70%) further highlighting the strong potential of this technology in the upcoming years.

View the hybrid LBA/LC–MS survey infographics here. You can view our panel discussion and webinar series on this spotlight focus here, here and here.