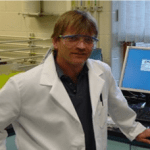 With a B.S. degree from SUNY Plattsburgh and a Ph.D. in Analytical Chemistry from The Pennsylvania State University, David spent the first decade of his career within the pharmaceutical industry performing analytical method development using various forms of chromatography and electrophoresis. During the past 15 years, working directly in the chromatography industry, David has focused his efforts on the design, development and application of stationary phases for use in HPLC and hyphenated techniques. In his current role of R&D Manager at Supelco, David’s main focus has been to research, publish and present on the topic of molecular interactions that contribute to retention and selectivity in an array of chromatographic processes.

Could you tell Bioanalysis Zone a little about your current role at Sigma Aldrich?

I currently hold the position of Manager of Pharmaceutical and Bioanalytical Research for Supelco. Supelco is one of the major analytical arms of Sigma Aldrich, specializing in separations devices, such as SPE, HPLC and GC columns. My group’s function is to research and understand how separation devices work from fundamental standpoint. From there we can support our customer needs as well as feed key information back to our primary R&D to help design products that meet and exceed our customer’s expectations.

What are the key stages in a bioanalytical method at which scientists can reduce matrix effects?

If I were to breakdown the laboratory steps, it would start with sample preparation followed by separation and then detection. Most commonly these are the steps within the LC-MS workflow. Though one can often separate interferences using either mass selection or chromatographic techniques, if the interference never enters the system, it can’t hurt you.  This is where taking time to develop sound sample preparation strategies plays a key role.

How has technology for overcoming matrix effects evolved in recent years?

First, I’d say recognition. We’ve had these fine tools such as high resolution mass spectrometers, sensitive triple quads, ultra performance HPLC systems. Although these can help, if you inject it, you are bound to see it (or its effects) at some point.  So just the idea that we need to take more time up front for sample preparation has been significant. Second, recognition of some of the more common interferences, like phospholipids, helps us to design specific tools to overcome those challenges.

Why do phospholipids pose a special problem for bioanalysts?

Phospholipids retain and elute somewhere under most common chromatographic conditions – be that reversed-phase on a C18 or even in HILIC systems. They also ionize, so are observable in our MS systems, but more importantly, they compete for charge in the LC/MS interface and thus impact the ionization of the analytes of interest. Since the phospholipids also vary in concentration from sample to sample, their impact always changes rendering methods that do not deal with them up front less rugged and reliable.

What methods can be used to minimize the matrix effects caused by phospholipids?

As I said before one can minimize the impact through manipulation of the MS parameters and chromatographic parameters, however, the best approach in my opinion is to eliminate the problem from entering the system through sample preparation. There are a number of tools available that have proven to be very effective.

How do Sigma Aldrich phospholipid removal products differ from other products available?

Our HybridSPE products have been designed around very specific Lewis acid/base interactions of phospholipids with zirconia.  What we did was build a hybrid silica/zirconia particle to take the best attributes of both materials. Too much Zirconia and you have too much nonspecific binding, not enough and you have too little phospholipid capacity – so the outcome is a particle that is highly tuned to specifically interact with phospholipids and not the analytes of interest. Other products work to retain phospholipids, but are less specific – meaning they also interact with the desired analytes. This can lead to poorer recovery, or, at a minimum, more time and effort during method development.

What are you excited about working on over the next year?

We have a number of exciting platforms that we are working on. There is a great deal of activity on our monodisperse Titan UHPLC particle line – new chemistries and new particle designs. There is still a great deal of activity around Fused-Core particles. In sample prep we have strong focus on microextraction devices and continued efforts with products like Hybrid SPE. Certainly plenty to keep us challenged.

LC–MS method used for the detection of caffeine in fingerprints