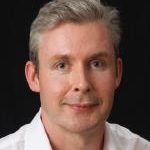 In this installment of Robert MacNeill’s (Covance) column, Robert discusses where to best place specific QC samples within a calibration range for a methodology, and the challenges associated with establishing suitable nominal levels for the internal standard concentration.

Many a fiery and many a subdued debate has taken place on every important area and aspect of quantitative bioanalysis. There are some talking points that are undeniably of less importance than others, but that nonetheless deserve more attention than what I perceive is given to them. One of these is where to best place the mid and high QC samples within a calibration range for a methodology, and, largely analogously, there is the challenge of establishing the most suitable nominal level for the internal standard concentration.

Let’s begin with the QC sample nominal levels. Everyone agrees at least about the validity of QC placement at the LLOQ and around 3x the LLOQ for the low QC. The industry currently has a fair amount of agreement at establishing the mid QC somewhere around 50% of the calibration range, and the high QC to be situated at least at 75% of the calibration range. There is ongoing discussion surrounding missing parts of ranges not covered by QC samples, which seems to be leading down a path of multiple mid QCs. This is where I would suggest a logarithmic rather than cartesian view of the range may be very beneficial in seeing why going to this added work may not be necessary, but I do not wish to elaborate there within this article. At least no more than proposing that, in line with one popular suggestion mentioned often at industry discussions, one such chosen level approximates to the logarithmically-involved geometric mean of the calibration range, which happens to be what I was raised on, and might currently suggest as a single mid QC nominal level.

This article is part of Robert MacNeill’s (Covance) quarterly column for Bioanalysis Zone which focuses on quantitative method design. You can read past installments of the column here.

Going back to basics, QC samples are confirmatory in nature when considering accuracy; they primarily attest to the validity of the calibration standards. My take is that they should be situated minimally at the most demanding positions in a calibration range, and they should not be at too many different levels. Most demanding means at both the lower limit and low region, and at the upper limit. The reasons for the lower limit are well-understood, as, for the main part, this is where any interferences and carry-over will exact most detrimental effect, and matrix effect will similarly be at its strongest. The reason for including the upper limit is due to the prospect of non-linearity, specifically applying linear fits to lines that in reality have a slight degree of curvature, a common scenario. Having a QC at the upper limit is not only conducive to encompassing the entire range, which must intuitively be a good thing, but it also covers one critical part of the curve most likely to have unacceptable bias as a result of curvature. On the other hand, having the high QC at 75% of the upper limit actually makes correlation much easier, as it usually corresponds fairly well to the upper intersection of a fitted straight line, with the likes of (1/x2) weighting, on a true curve. Adopting this perspective, having the mid QC at around the geometric mean of the range may be a better option as this is where the curving line usually veers at positive (or, less commonly, negative, depending on the nature of the curvature) bias over the straight line fit, so it is a suitably demanding area. The mid QC at 50% of the range puts it in the vicinity of the intersection as described above, where bias is more likely to be acceptable, perhaps misleadingly.

The question of where to establish the internal standard nominal concentration is quite potent as well. Essentially, it boils down to response as the most important consideration, that is response as the basis for concentration selection. Additionally, I feel it is important to have it low enough to be able to be influenced by matrix effect to similar extents as its analyte at lower concentrations, as matrix effect is most prevalent at lower concentrations, whilst at the same time the response is required to be intense enough to be removed from any peak integration difficulties that would lead to imprecision. Then, at the high end of a calibration curve, an internal standard coeluting with analyte is expected to be suppressed in response due to the analyte intensity but compensating for the analyte’s own loss. All this is by no means soup to nuts either, as there may be interferences to deal with by concentration adjustment, most commonly isotopic overlap involving isotopically-labeled internal standards and non-labeled analytes.

It is interesting to suppose that, for ideal mimicry, we would add internal standards in direct proportion, within reasonable constraints, to the true concentration of analyte in a given incurred sample, and to input the nominal IS concentration as appropriate for each sample. However, that is clearly impractical for multiple reasons, plus there is much value in easy production of internal standard response stability plots based on equimolar addition. Realistically, what I think we need is to pull the internal standard out of the lowest concentration region, to a point where any matrix effect will be low but still influential. As an aside, it is the aspiration to have no significant matrix effect anyway. On the other hand, we also don’t want the internal standard response to be too high, potentially saturated into a falsely precise domain, suppressing valuable low-concentration analyte signal, and without any realistic hope of response excursion mimicry with the analyte.

In short, I would again propose the geometric mean of the calibration range as a solution. Low, but not too low, and pronouncedly distinguished from both the low and high QC levels. If a sound methodology is developed and used in the regulated lab, variability due to matrix effect should be something insignificant, more reason why to be on the low side should not cause worry. Also, as inferred by the nature of the calculation, the placement is logarithmically sound.

To tie all of this up, my standpoint on these possibly not-so-critical but nonetheless weighty topics, almost a forgivable pun, centers on more involvement of the geometric mean. I do feel it is very appropriate for the way we prepare calibration curves and QC samples, and the realities of bioanalytical LC–MS concentration-based response phenomena. In a nutshell, my view has the mid QC and the internal standard approximating to the geometric mean of the calibration curve, and the high QC situated at the upper limit of quantification.

Robert MacNeill: Why small lipids can seem more daunting than many biologics