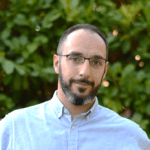 Simone Esposito is currently a Research Investigator in the DMPK group of the Drug Discovery Division at IRBM, an Italian CRO specialized in preclinical drug discovery of small molecules, peptides and antibodies. He studied Pharmaceutical Chemistry at La Sapienza University of Rome (Italy) and completed his PhD in biomedical sciences at the Doping Control Laboratory at Ghent University (Belgium) developing and applying bioanalytical strategies for the detection of peptide hormones prohibited in sport. As part of the DMPK team at IRBM since 2014, Simone utilizes predominantly HRMS for the ADME testing of small molecules and peptide-based drugs, in particular for studying their metabolism.

HRMS in the DMPK lab: from small molecules to novel modalities

Over the last decade, HRMS has become an established alternative to multiple reaction monitoring (MRM) for DMPK profiling, particularly when coupled to liquid chromatography. Currently, the most popular technologies in the DMPK arena are Orbitrap (OT) and time-of-flight (TOF), especially in their hybrid versions that combine quadrupole precursor ion selection with accurate mass detection (Q-OT and Q-TOF). Initially, the implementation of HRMS involved mainly small molecules (SM, < 500 Da) [1,2], which still represent the vast majority of the drugs in the market. Thanks to decades of scientific and technical advancement, analysis of SM is now well standardized in terms of in vitro and in vivo DMPK profiling, as well as for regulatory and safety testing. In this context, HRMS is being used more and more not only for untargeted analysis (e.g. metabolite identification), but also for semi-quantitative (e.g. in vitro metabolic stability assay) and quantitative (e.g. pharmacokinetics (PK) studies) targeted applications [3], with the main goal of improving efficiency and productivity.

During the last years, our laboratory has gradually implemented HRMS for the DMPK analysis of SMs. The shift has greatly impacted our in vitro platform, so that a large part of the LC–MS based in vitro DMPK studies are currently being run on HRMS instruments, including all the metabolic stability (either with or without qual/quan acquisition), reaction phenotyping, enzyme inhibition and induction and permeability assays. On the other hand, MRM is still the first choice for PK studies and biomarker quantitation of SMs in our group. However, HRMS is mainly used as a second option when a lack of fragmentation or insufficient selectivity are observed with the MRM systems.

The drug landscape has evolved significantly in the last few years, following the discovery of new pharmacological targets that are not approachable with SMs (so called undruggable targets). Thus, a number of new chemical modalities (NCMs) such as recombinant proteins and monoclonal antibodies has been developed, with increased structural complexity and a molecular weight that is halfway between small and large molecules [4]. Among these new chemical strategies we found peptide-based drugs. This class of therapeutics is now experiencing a sort of ‘second youth’, not only because of the identification and validation of several novel undruggable targets, but also because some major issues regarding peptides. Such as poor metabolic stability and low cell permeability, which were limiting their potential as therapeutic agents in humans, but mostly these have been properly addressed or largely minimized [5]. For example, cyclization and conjugation with PK enhancers (e.g. fatty acids) have proved to be effective strategies to improve the DMPK properties of peptides [6]. Moreover, peptides themselves are being used as targeting agents to enhance the DMPK profile and the activity of conjugated drugs or diagnostic agents. Also, they are used for improving drug permeability across cell membranes (cell-penetrating peptide carriers) or hard-to-access target organs (e.g. blood–brain barrier shuttle peptides) [7].

Our laboratory specializes in DMPK studies of complex peptides and peptide conjugates (PCs) and we regularly use HRMS as the first option, regardless of the scaffold type. These modalities present a high heterogeneity in terms of molecular weight (typically ranging from 1 kDa up to about 10 kDa), hydrophilicity and complexity. Their physico-chemical features are usually very different from those of SM, sometimes resulting in a unique DMPK profile. Their mass spectrometry behavior is peculiar as well and sometimes highly incompatible with MRM detection. Unfavorable fragmentation is not rare with peptides (particularly cyclic ones and those with disulphide bonds). When it occurs, it may hamper the identification of sensitive and selective MRM transitions or require the use of more complex sample preparation techniques. Having additional options for selectivity, HRMS is often a faster and more effective approach for dealing with difficult peptides [8]. Moreover, the average size of peptidic drugs is increasing, taking advantage of improved methodologies (e.g. chemical ligation) that are enabling the synthesis of more complex peptides (or, more correctly, small proteins), well beyond the limit of 50 aa residues [9]. As HRMS instruments have a large m/z operating range, their potential for quantifying these larger molecules at the intact level is also expected to play a major role in their DMPK profiling.

The limited time needed for the development of the HRMS method allows focusing on other, frequently challenging aspects of peptide bioanalysis such as sample preparation or chromatography. This is particularly beneficial in early PK studies, when usually an elevated number of peptides needs to be tested. In plasma, we have generally observed slightly lower limits of quantitation using quadrupole isolation of the target ion (targeted SIM mode) rather than full scan, using a Q-OT instrument. However, the untargeted acquisition allows detecting products of proteolysis (catabolites) and non-proteolytic metabolism, therefore we prefer this option when additional sensitivity is not required. As shown in a recent work from our group [10], we used full scan to obtain in the same run the pharmacokinetics parameters and the metabolic profiles of a peptide given either intravenously or subcutaneously. As the metabolic profiles were different depending on the administration route, it was possible to detect the formation of a major catabolite in the subcutaneous compartment that was directly affecting bioavailability. This information, obtained at an early phase of the program, resulted in particularly important identification of peptides with improved bioavailability.

LC–HRMS is, by far, the most used approach for the study of peptides and PC metabolism/catabolism. HRMS gives the possibility of acquiring full scan untargeted data together with fragmentation spectra for structure elucidation of catabolites/metabolites. We use a qual/quan approach for in vitro metabolic stability as the default set up for all peptides [11]. This strategy is particularly convenient, since both the parent peptide and its degradation products generally ionize in the same (positive) polarity, while injection of both polarities is necessary with SMs, to dodge the risk for incomplete metabolite coverage, with an unavoidable decrease in throughput. The most challenging phase for these studies remains the data analysis, usually software-aided. Complex peptides require powerful data-mining tools that allow for a comprehensive identification of catabolites and metabolites that may sometimes also be difficult to predict due to the uniqueness of some structures, particularly those with non-peptidic regions (e.g. protein binding moieties or linkers) [12]. Alternatively, untargeted differential analysis approaches previously used for monoclonal antibodies [13] can be a valid alternative for detection of unexpected metabolites, followed by structural elucidation performed either manually or using a software.

Historically, peptide development has largely focused on extracellular targets. Recent efforts have led to the development of cell-permeable cyclic peptides, an extremely promising therapeutic niche (populated also by non-peptidic macrocycles and ‘beyond-rule-of-five’ compounds) that showed potential for targeting intracellular protein–protein interactions. These peptides are also orally bioavailable and more resistant to proteases [4]. Since these peptides are able to cross the cell membrane, they are not only a substrate for extracellular proteases, but also for intracellular drug metabolizing enzymes. Moreover, the backbone of cyclic peptides usually undergo heavy chemical modifications not only with unnatural amino acids but also with non-peptidic moieties (constraints or side chains). These molecules can also be subject to biotransformations that are typical for SMs such as oxidation, reduction or dealkylation. It is therefore convenient to include two main types of in vitro metabolic stability assays (e.g. plasma for extracellular catabolism and microsomes/hepatocytes for intracellular metabolism) in the screening funnel.

Besides using HRMS for the evaluation of the metabolic stability of cyclic peptides, we leverage HRMS potential to evaluate their permeability, taking advantage of the multiplexing capabilities for running high-throughput, early-stage assays such as parallel artificial membrane permeability assays (PAMPA) [14]. For this assay, HRMS succeeds in providing sensitivity in the low nanomolar range and a dynamic range (at least three orders of magnitude) necessary to quantify the peptide in both the donor (usually at high concentrations) and the acceptor (low concentrations) PAMPA compartments.

PCs represent another modality with high potential, particularly for the delivery of anticancer drugs. Tumor-targeting peptide-drug conjugates (PDCs) share the concept of selective drug delivery with antibody–drug conjugates (ADCs), although with major differences in structure and mode of action. They are usually composed of a peptide with high affinity to the target, a linker with a controlled cleavage and a cytotoxic payload. The delivery of a PDC payload in vivo is a multifactorial process, so all three PDC components require a rational design to optimize the desired profile [7]. Early assessment of potential liabilities becomes even more important with these large structures, to avoid the unnecessary burden of synthesizing compounds with no chance of progressing. In this scenario, several HRMS-based assays are used with the key role of quantifying and characterizing PDCs and their components. In vitro qual/quan metabolic stability assay using plasma, lysosomal fractions or recombinant enzymes (e.g. cathepsins) are performed at early stages with the aim to provide a comprehensive coverage of all the potential biotransformations (proteolytic degradation of the peptide/antibody, linker cleavage and immolation and payload metabolism) before moving to in vivo studies as PK characterization, toxicology assessment and exposure-efficacy and exposure-safety correlations [15]. When moving to in vivo ADME studies, the detection of circulating payload or payload-related species even at trace levels is of utmost importance to assess the risk for off-target toxicity. Thus, the HRMS-based identification of in vivo metabolites must also provide high sensitivity (sub-nanomolar), for a first identification of the metabolites prior to their synthesis and quantification with a more sensitive method in advanced stages of the project.

During nearly 6 years of implementation of HRMS for the DMPK analysis of both SMs and novel peptide-based modalities, our laboratory has, not only, verified the benefits that the use of HRMS brings for SMs characterization but also observed that these benefits are even bigger for peptides and PCs. We go for HRMS as the preferred option over MRM for these latter classes of compounds for both targeted and untargeted studies. HRMS demonstrated to have several technical advantages over MRM (large m/z range, multiple detection options, fast method development), that eventually simplify the analysis of these complex molecules.

However, a major reason for preferring HRMS for peptides and PCs is not merely related to the, although relevant, technical aspects. As a major benefit, HRMS data provide additional information on the compound-related components. This is extremely useful at the early stages of a drug discovery program to allow a better understanding of the often peculiar DMPK properties of these new chemical modalities, which is paramount to enable their success as therapeutics.

Having said that, improvements are still needed for HRMS instruments as well as for software platforms. Among the most recent technical developments, new microflow UPLC systems, ion mobility and higher resolving power [3,16] are certainly contributing to an overall increase of performances. Moreover, it is important for HRMS instrumentation to become not only more performing, but also more affordable, robust and user-friendly to support the routine DMPK analysis. Finally, further improvements are required in the detection and structure elucidation capabilities of data mining software for metabolite/catabolite identification studies to speed up data analysis, reduce manual processing and increase the quality of the results.

Using HRMS and QQQ for peptidome analysis: an interview with Richard Kay